Eagles compete against No. 1 team in nation 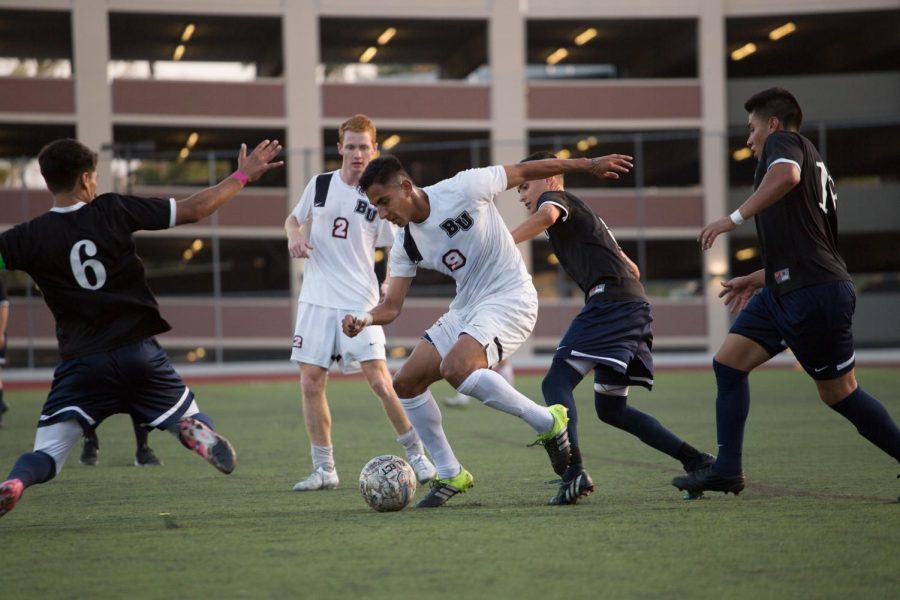 Biola University’s men’s soccer team put up an impressive effort in their narrow defeat of 4-3 against Cal State LA on Wednesday night. The undefeated Golden Eagles (4-0) are the No. 1 team in the nation according to the United Soccer Coaches Association’s rankings.
COLACI LEADS COMEBACK
The Eagles found themselves down by two goals in the first half, as CSULA found the net in the 22nd and 28th minutes. Biola’s offense responded minutes later, courtesy of midfielder Matteo Napoletano’s assist to set up junior forward Kristian Colaci’s first goal of the game. The Eagles wasted no time in erasing the early deficit, as Colaci scored his second goal of the match. Redshirt senior midfielder Aiden Hill completed the trifecta with a goal of his own to give Biola a 3-2 lead over CSULA heading into halftime.
SECOND HALF STRUGGLES
Halftime adjustments benefited the Golden Eagles, as they countered Biola’s comeback with goals in the 56th and 68th minutes to maintain their undefeated record on the season. Biola goalie JD Dunn recorded two saves in the second half of the contest. The Eagles will look to pick up their first win of the season as they host Cal State San Bernardino at Al Barbour Field on Sept. 14 at 7 p.m.