As Russia turns to the east Ukrainians at the border seek refuge in America, while COVID-19 restrictions ease. 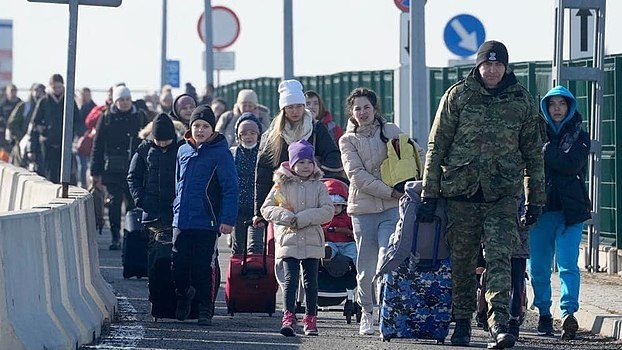 RUSSIAN ADVANCE TURNS TO EASTERN UKRAINE
Conflict continues in Ukraine as Russian troops move east following the largest missile strike on Ukraine in weeks, according to The New York Times. On April 18, Ukraine was attacked by Russia on a 300-mile stretch.

The front, some of which near the Polish border, a small area of Ukraine previously untouched by the war, now leave seven dead, The New York Times reported.
UKRAINIAN REFUGEES AT U.S.-MEXICO BORDER
Over the past 10 days, more than 2,000 Ukrainian refugees arrived at the Southern United States border seeking asylum in the U.S. According to The New York Times, officials are preparing for a surge in migration in May when COVID-19 protocols are eased at the Southern border.

Ukrainian refugees will not be the only ones waiting at the border on May 23 when the border begins to open. According to a separate New York Times article about the current limitations, Title 42 was used to turn away or expel 1.7 million migrants over two years, according to The New York Times.
JUDGE VOIDS TRANSPORTATION MASK MANDATE
Despite the extension of the national mask mandate on public transportation, The Los Angeles Times reported that a district judge voided the extension. According to The L.A. Times, the decision was made by U.S. District Judge Kathryn Kimball Mizelle as a result of the Centers for Disease Control and Prevention’s failure to justify an extended mandate.

“The Mandate’s explanation—a single conclusory sentence—does not carry its burden to show strong enough reason to invoke the [good cause] exception,” Mizelle wrote.