‘Fantastic Beasts 3’ is not worth your time or money

The third time is not the charm for J.K. Rowling’s increasingly unnecessary prequel series. 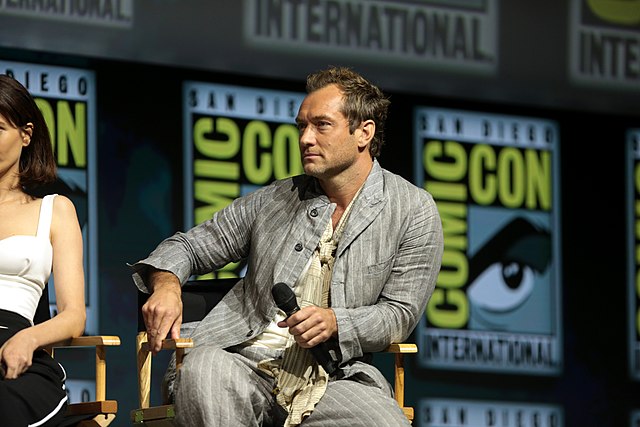 While the mainline Harry Potter series continues to captivate millions of fans to this day, J.K. Rowling’s “Fantastic Beasts” prequel fails to have the same impact. Both the “Fantastic Beasts” original and “Crimes of Grindelwald” have received mixed to negative reviews from critics and audiences and due to recent transphobic comments made by J.K. Rowling on Twitter, many fans have chosen to turn away from the author’s work.

Now that the third entry is out, director David Yates and screenwriter Rowling fail once again to prove to audiences why this series needed to be made in the first place.

After the bafflingly horrible reveal that villain Gellert Grindelwald was trying to kill all the non-magic humans to stop World War II, the fact remains that many wizards witnessed his confession of murdering many muggles. In fact, the wizarding world council members clear him of all charges and let him become a candidate for president. Later, the council changes its mind and allows a “qilin,” a beast able to sense purity of heart, to choose the next president.

The convoluted plotline continues on, when certain wizards form a “Stop Grindelwald” alliance. But for any viewer paying attention to the film, the story is a predictable slog, easily gleaned from the first introduction of any mystery. For example, Albus Dumbledore gives Bunty a mysterious task at the beginning of the movie. The surprise is given away by her every move and can be predicted from the very moment her goal is given to her.

To cap all this off, half an hour is wasted on sidequests within the main plot. Newt Scamander goes off to save his kidnapped brother, the rest of the team is accused of trying to assassinate Grindelwald, and when they get back together, the whole team is back to square one. For a multi-million dollar movie that goes on for almost two and a half hours, drawn-out sequences like these prove how unnecessary the movie as a whole can be.

Among these many critiques, the most impactful is the botched LGBTQ representation. This movie officially establishes that Dumbledore and Grindelwald had a romantic relationship during their youth, which led them to create a magical blood pact that restricts them from fighting each other. While this could be a great story to focus on, the dialogue referencing this major fact is so minute and inconsequential that it seems tailor-made to be edited out for countries that do not accept the LGBTQ community.

In fact, this is exactly what happened when Warner Bros. officially agreed to let China cut out all references to the gay relationship, making it fully apparent that they prioritized making money over providing real representation to a still-oppressed group of people around the world.

NOT WORTH THE MONEY

The only good thing that can be said about “Secrets of Dumbledore” is that, unlike the last two entries, the melding between the cutesy fantastic beasts storyline with Scamander and the politically charged ministry of magic storyline feel more in tune with one another. But with such an underwritten plot and lack of any true excitement for fans of the Wizarding World series, Rowling makes it increasingly harder to enjoy her work.

If anything is to be taken away from “Secrets of Dumbledore,” it is that hopefully Variety’s report is true and this series will stop here because audiences do not need the Wizarding World any longer.