The Eagles secure two wins to start the Tournament of the Champions. 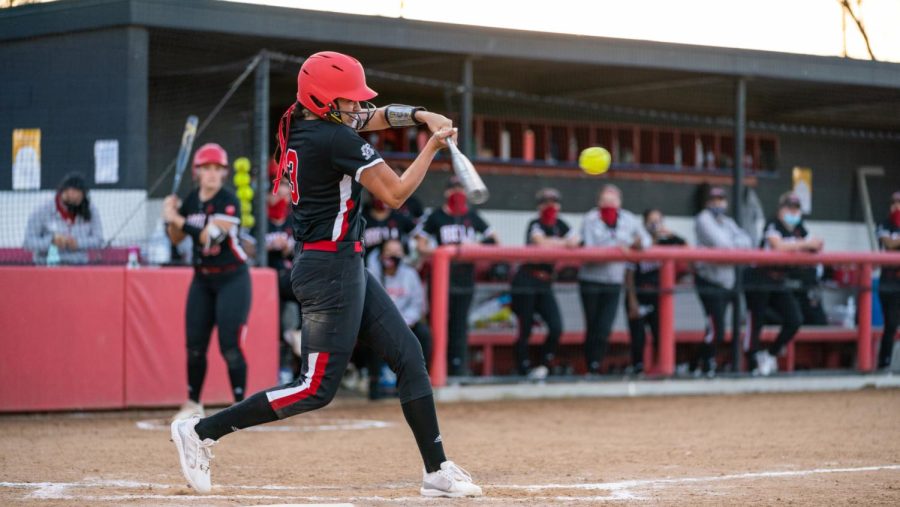 On April 1, softball headed to Turlock, California to compete in the Tournament of the Champions. The Eagles faced off against Central Washington University and Western Washington University, winning both games with an identical score of 1-0.
IN THE FIFTH
The Eagles faced off against CWU to start the day off on Friday. Biola was led by redshirt sophomore right-handed pitcher Raylene Roybal. The first four innings were quiet as both teams remained scoreless. At the bottom of the fifth inning redshirt junior left-handed pitcher Jennifer Morinishi safely made it to first base on a fielder’s choice, sending in freshman utility player Hailey Paull to score the one and only point for the Eagles.

The remainder of the competition remained quiet and the Eagles were victorious, 1-0.
VICTORIOUS OVER THE VIKINGS
Similar to their first game of the day, the start of the competition remained scoreless from both teams. At the bottom of the fifth inning redshirt sophomore infielder Rilee Ruvalcaba hit a single to left field sending in reality sophomore utility player Alexis Lara in to score.

The Eagles won the game overall, 1-0.

Softball (20-14 overall, 13-9 conference) will continue to compete in the Tournament of Champions on April 2. Stats from today’s game are located on the Biola Athletics website.