Art students bring a refreshing idea to the color pink in their newest showcase. 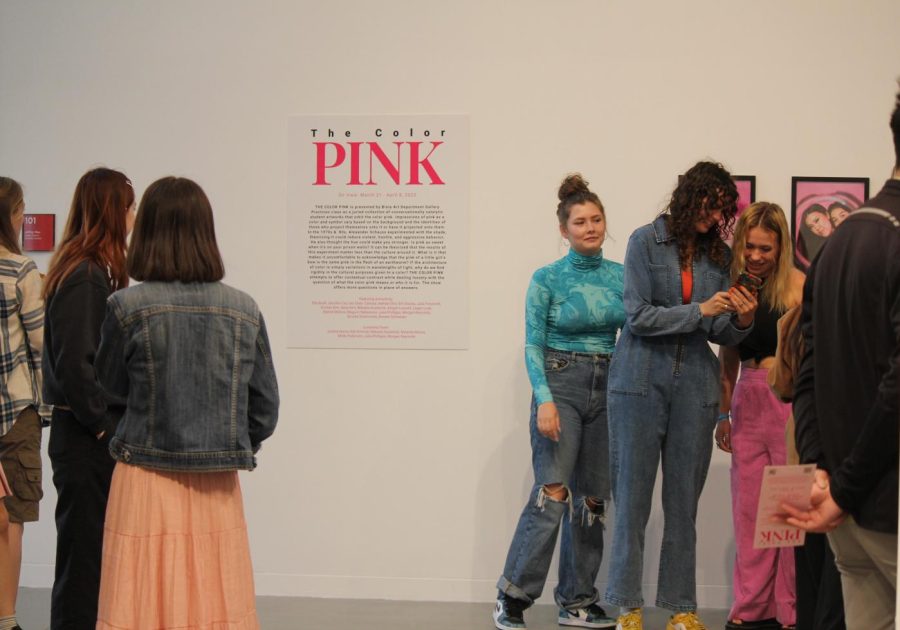 After months of hard work, the Department of Art hosted its student gallery in Bardwell Hall that seeks to offer meaning to the color pink. The exhibit debuted on March 21 and will be ongoing until April 8.
THOUGHT BEHIND THE WORK
THE COLOR PINK was originally formed after Alexander Schauss’ thoughts on the shade. Schauss experimented with the idea that pink would reduce violent, hostile and aggressive behavior. The gallery takes a look at the different aspects of the color and its incorporations through the earth’s elements, femininity and childhood.
THE DISPLAY
The art gallery was filled with drawings, paintings, sculptures, photographs and digital prints with 17 student artists ranging from freshmen to seniors.

Based off of a painting by Romantic artist Francisco Goya, freshman art major Rachel Molina recreated “Saturn Devouring His Son” — making it pink.

“His original painting is very dark and I found it interesting to make it pink,” Molina said. “Pink is more of a happy color and to see how it would change the mood and I used all my pink art supplies.”

Located within the center of the gallery is “Pink, Blooming,” a 3D sculpture created with found items and acrylic paint.

“This is my first time being a part of an exhibition, especially as a freshman,” Davies said. “I wasn’t expecting to be a part of anything, so it was really really exciting.”

In class last semester,  Davies was presented with the word “funky” which resulted in the final iteration of the piece. Doilies were the main piece to help bring everything together.

“I wanted to make it this thing that’s blooming and growing and almost representative of feminism in a way,” Davies said.