The 2022 Mission Conference ends on an uplifting note 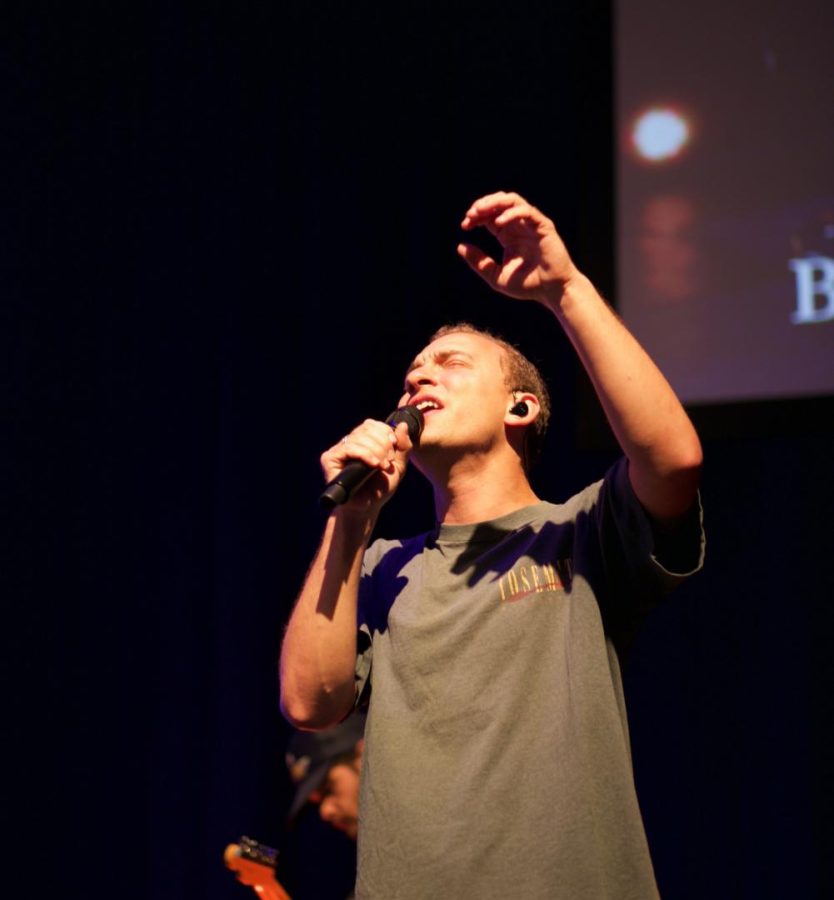 Next Gen Regional Co-Chair for North America with Empowered21 Eli Bonilla led session seven. Bonilla followed up on his previous message in which he introduced two of his three “B’s” of being transformed. His first message covered “behold” and “became” while the session seven theme was “build.”
SESSION 7
Bonilla’s message came from Nehemiah 3:12-13 and emphasized the need for Christians to rebuild where they are, moving past the separation between secular and sacred. Bonilla emphasized that God builds people up to co-labor with him toward his plans and explained that God’s people belong to a presence—not a place.

Bonilla drew from Joshua 1 and illustrated that Christians go with God’s authority wherever they walk. Students were asked to take their shoes off, as Bonilla prayed for authority in the steps out of the session that students took.

Isla Vista Worship played as students prepared to move out from the gymnasium into canopies and the world.
CO-DIRECTORS CLOSING INTERVIEW
Chang and Bryan rounded out the session by thanking their team, the speakers, the worship team and others.

In an interview after the session concluded, Chang and Bryan expressed their gladness for the impact of the conference. Bryan said that the conference was “better and different” than he had expected, while Chang added how moving it was to see the conference come together in such a meaningful way. Chang reflected on the third session, and how powerful it was to see strangers praying for each other.