The Eagles continue their winning streak against Point Loma and Holy Names. 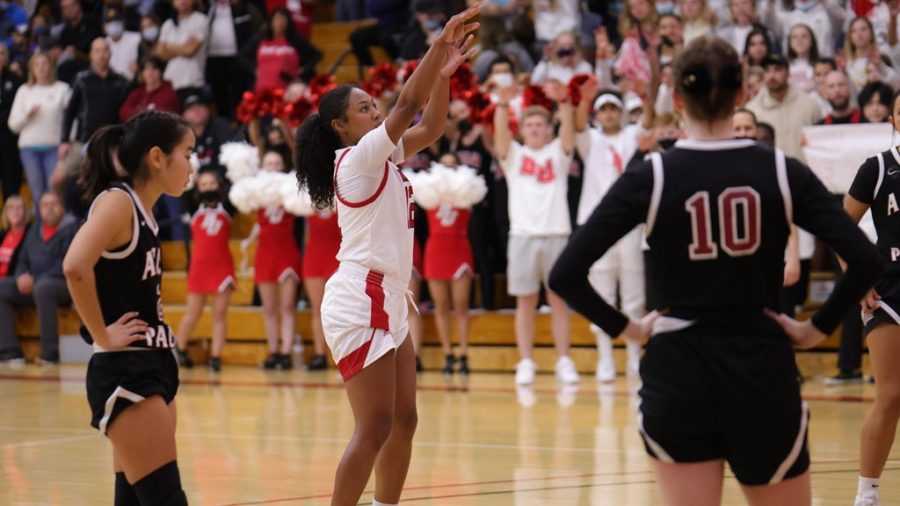 Freshman guard Amiah Simmons led the flock in both games, scoring 19 points versus PLNU and 20 points against Holy Names. Redshirt sophomore guard Stephanie Lee followed by scoring 13 points on Monday night and increased her points to 17 on Tuesday night. Redshirt freshman guard Laila Walker contributed 11 points on Monday, and redshirt freshman guard Sydney Moran added 11 points to the board Tuesday night for the Eagles.
THE BETTER EAGLES
On Monday night the Eagles faced off against PLNU for the second time this season and won once again, 74-56. The Eagles took an early lead in the first quarter and PLNU was able to increase the deficit but were still down as they entered the second quarter.

Biola completely annihilated Point Loma in the second quarter, gaining a 14-point lead at the half and a 20-point lead to finish the third quarter. PLNU surpassed the Eagles with one point in scoring for the fourth quarter but it was not enough as Biola was victorious once again.
NO CHANCE
Biola competed against Holy Names on Tuesday night and gained another victory. The Eagles scored their fourth consecutive win by a 29-point lead, 75-46. The lead came early on from Biola as they finished the first quarter in a 14-point lead. By the half the Eagles were up by 29 points, leaving Holy Names no chance to catch up. The Eagles took another win and added to their standing of 17-8 overall this season.

Women’s basketball (17-8 overall, 13-5 conference) will face off against Academy of Art on Thursday Feb. 24 at 5 p.m. All footage is available on the Biola Athletic website.