The Eagles narrowly win with a nine-point lead, 71-62. 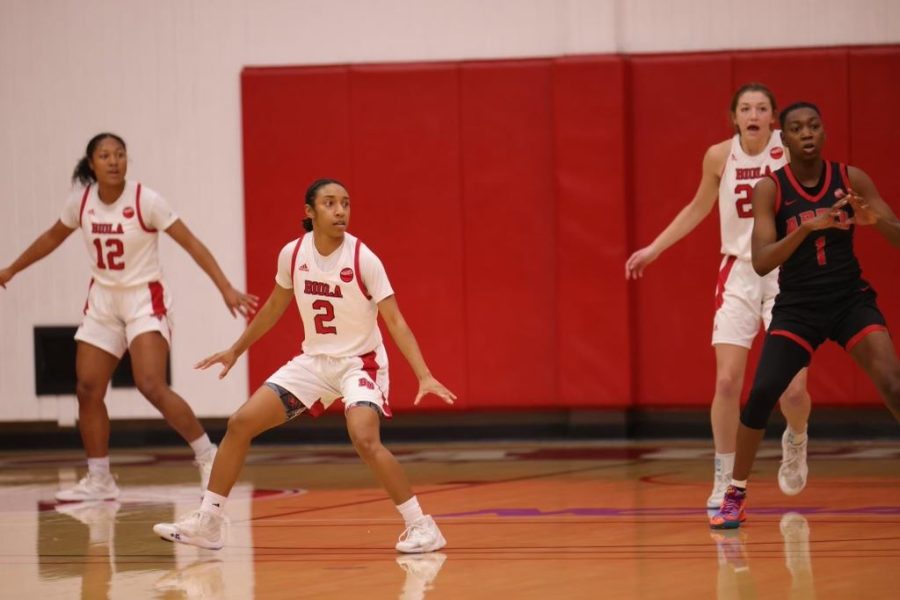 Women’s basketball played against Concordia University Irvine at the Chase Gymnasium on Feb. 1 and won, 71-62. Each quarter was neck-and-neck. Concordia was ahead by one point by the end of the first quarter. Biola surged ahead by the end of the second quarter only to be behind again in the third quarter. Not settling for defeat, Biola managed to outperform CUI to take home the win.
BACK AND FORTH
Despite freshman guard Laila Walker scoring the first points of the game, the Golden Eagles’ offense was aggressive, leaving the Biola Eagles to play catchup. Biola was 71.4% effective with their free throws, 55.6% effective with their 3-point shots and 50.9% effective with their field goals.

Biola scored a total of 18 points off turnovers, compared to Concordia’s 11. The Eagles had 42 points from the paint and five points from the bench. CUI scored 17 bench points and 20 points in the paint. Both Biola and Concordia had six second chance points. The Eagles also had a total of 14 fast break points over the Golden Eagles’ four fast break points. The two teams tied up 11 times.
A TIGHT GAME
Freshman guard Amiah Simmons once again showed her prowess on the court, scoring the first points of the game in under a minute. The Golden Eagles took the ball and tied the game thirty seconds later. The first quarter went back and forth between the two schools until the last three minutes of the game when Concordia scored three times, securing the lead.

During the second quarter, sophomore guard Stephanie Lee pulled Biola ahead of Concordia with her jumpshot. CUI tied up the game three times, but Biola pulled ahead each time. Simmons made five of the shots that helped assert Biola’s superiority over Concordia.

The third round told a different story as Concordia maintained control of the ball for most of the quarter. They scored a total of 19 points and tied up the game by the end of the third quarter. Going into the fourth quarter, Biola was not going to let Concordia take home the win. They asserted their dominance and the opposing team was unable to make up the deficit.

Women’s basketball (12-6 overall, 8-3 conference), will be traveling to Fresno, California to face off against Fresno Pacific University at the FPU Special Events Center on Feb. 5 at 2:30 p.m. Footage and stats from the game are located on the Biola Athletics website.