Water polo defeats Redlands, but takes a loss against UCSD 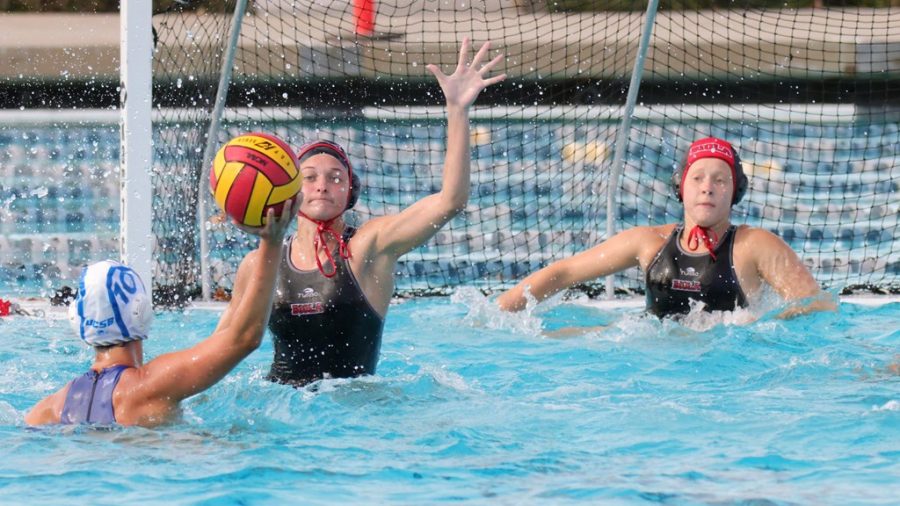 At the California Baptist University Lancer Joust, the Eagles battled No. 11 UC San Diego, taking a loss, 17-10. However, in their second game of the day, Biola defeated the University of Redlands Bulldogs by a landslide win, 18-3.
EAGLES BATTLE THE TRITONS
Overall, the Eagles recorded their second-best shooting performance of the season with a .455 clip. Though the Eagles started the match with a five-point trail, they managed to even the score in the second quarter, 6-6. Sophomore utility player Maria Roldan Gonzalez started their scoring streak and freshman attacker Valerie Naranjo followed up with two goals to hold the Tritons. However, the Tritons returned Biola’s offensive efforts by taking a four-point lead in the third quarter, pulling ahead of the Eagles by seven points at the end of the match, resulting in a final score of 17-10.
VICTORY AGAINST REDLANDS
In their match against the Bulldogs, the Eagles started out on fire, with four goals in the first two minutes of the match. Sophomore attacker Kourtney Pyle scored the first goal of the match, and followed up with two more goals throughout the game. Graduate student attacker Hanna Jordan also led the Eagles in points, scoring four goals against the Bulldogs. In the final period, the Bulldogs were unable to score against the Eagles, leading to a winning score of 18-3.

Women’s water polo (2-3) will face off against Concordia University Irvine at the Splash Aquatic Center in La Mirada on Feb. 4 at 1:00 p.m. Footage and statistics from the game are located on the Biola Athletics Website.