The Eagles played to win against Hawaii Pacific, 74-62. 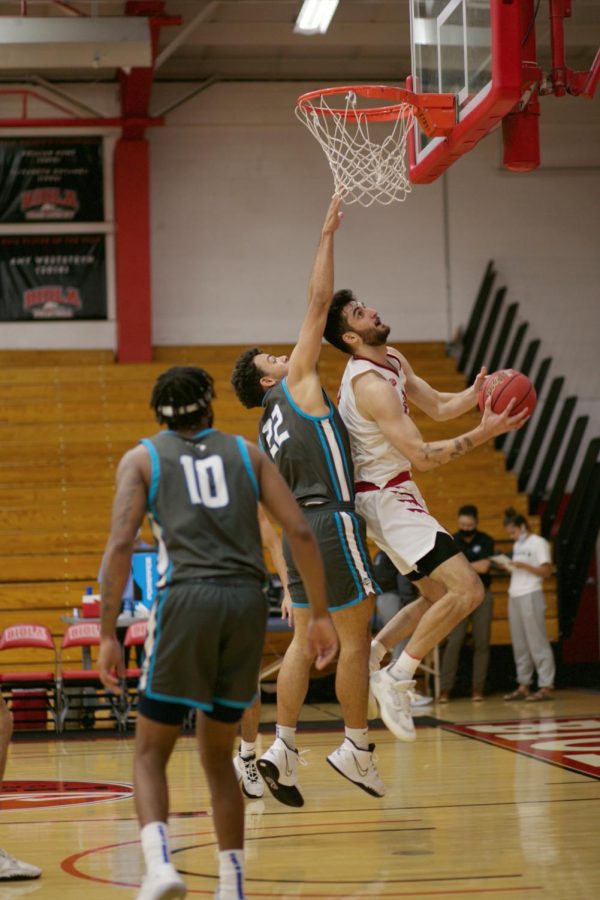 On Monday night, men’s basketball outshot the Hawaii Pacific University Sharks at home, securing a victory in the second half. The Eagles dominated the Sharks, garnering a 76.9% free throw percentage, 43 rebounds and 24 points in the paint.

Leading the Eagle’s offense, redshirt senior guard Chris Rossow put 23 points on the board, six assists and four rebounds. Assisting Rossow’s efforts on offense, redshirt senior forward Jesse Elrod added 21 points of his own.
HOSTILE TAKEOVER
During the first half, the Eagles battled the Sharks until pulling ahead by eight points before the end of the half. Finding himself on every leaderboard, redshirt junior guard Alex Wright played a consistent game with 11 points, six rebounds, five assists, one block, one steal and a 16% efficiency rate.

By the second half, the Eagles grew upon their lead, shutting down the Sharks’ efforts to catch up. With the Sharks left to drown, Biola took the game by 12 points, securing a victory, 74-62.

Men’s basketball (13-4 overall, 7-3 PacWest) will face off against the Academy of Art University at 7:30 p.m. in the Chase Gymnasium. Footage and stats from today’s game are located on the Biola Athletics website.