As Biola adapts to current needs, temporary buildings get cut. 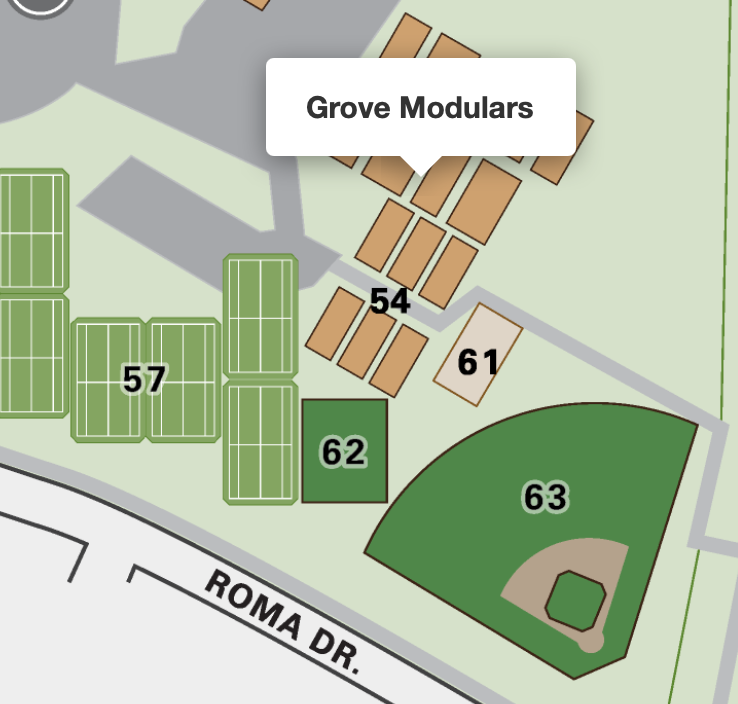 The Grove is currently home to 15 modular classrooms and offices, but after break only the six nearest the tennis courts will remain. The Grove was initially used as a temporary housing for students in 2002-2003 while Hope Hall was built. It also houses a few classrooms and the institute for Spiritual Formation.
USING RESOURCES WISELY
According to Associate Vice President of Facility and Auxiliary Operations Brian Phillips, the nine modulars furthest from the tennis courts are not intended to be long term.

Two buildings were cleared to make room for the construction of the Alton and Lydia Lim Center for Science, Technology and Health which broke ground in 2016. At the time Biola leased the nine modular classrooms to make space for the classrooms and offices that were cleared.

“The idea was that we would remove them at the end of the Lim Center construction,” Phillips said.

Those plans changed with the construction of the new Cinema and Media Arts building. Phillips explained that the construction of the CMA building requires the demolition of three buildings—-plans which Phillips explained were delayed by the pandemic.
REASONS FOR REMOVAL
According to Phillips, the temporary buildings need special permission to keep the modulars. Phillips’ extension will end in August 2022.

“The city initially wanted us to remove those modulars at the completion of the Lim Center,” Phillips said.

Due to an increase in remote work, moving the temporary modulars is a necessary financial decision, Phillips explained.

“With more people working remote and hybrid it has opened up some space on campus, and we’re trying to rethink how we’re utilizing offices these days to see if we can’t come up with some cost savings,” Phillips said.

Phillips explained that keeping the nine modular units is costly, and removing this expense will benefit the university. As the start date of the CMA building remains uncertain it made sense to remove the units, according to Phillips.