Check out this semester’s student talent. 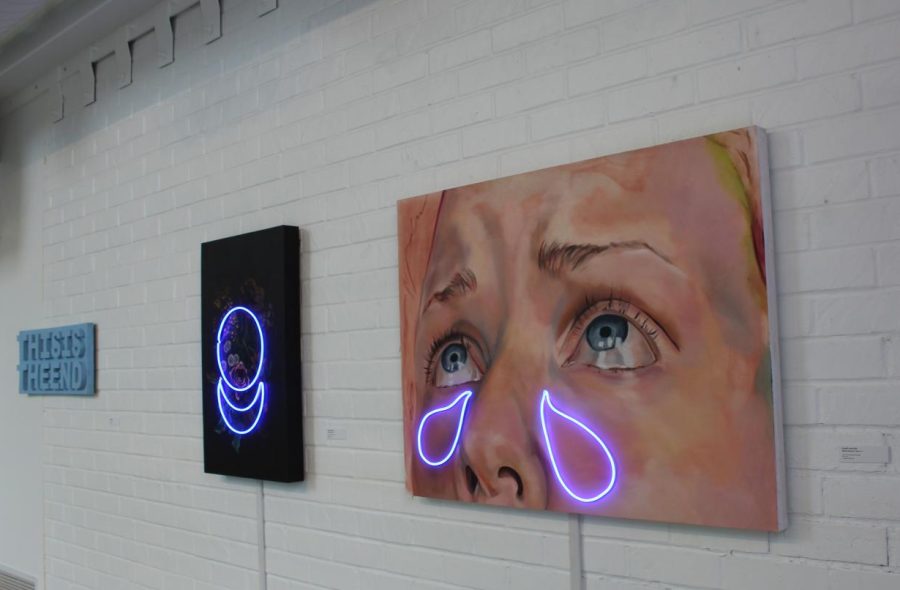 This semester, returning to an in-person semester prompted the ability for students to create together again—or to release what was created during the pandemic. Here are the top picks for this semester’s student art pieces.
#1 “CIVIC 97”
The rap collective album “Civic 97” took two years to create, but ended in a snappy, precise and expressive album, released in late August. Senior cinema and media arts major Zac Sanders and friend Ben See-Tho produced this piece, though the entire collective is formed of nine members. Check out their album and keep tabs on their Spotify.
#2 BARDWELL AND GREEN ART GALLERY SHOWCASES
The Bardwell Art Gallery opened showings for the first time ever this semester. “Being Present” featured alumni showcases for those who graduated during the pandemic. The second showcase, titled “Re:Connections,” featured two more alumni showcases with mixed medium art. Both were a success, drawing many students to the center of campus to enjoy the pieces made by alumni.
#3 PRISM PARKING GARAGE PERFORMANCE
During the semester, COVID-19 requirements and the surge of cases toward the beginning of the semester threatened to eradicate concerts. However, the annual PRISM concert could not be stopped. The Conservatory met in the parking garage, overcoming the need for social distancing in an outdoor environment, while the acoustics of the parking garage played to the ensemble’s favor.
#4 “AMELIA THE TWIN”
Featured in the student film premiere, “Amelia the Twin” is a perfect example of excellent student production. Endearing, innocent and heartwarming, this film is a must-watch, showing promise for junior cinema and media arts brothers Ethan and Luke Montgomery. The film is about a twin who is struggling to distinguish herself, a struggle that all can relate to.
#5 “DEAR 2020: A PROCESS”
This theatre piece highlighted the difficulties that last year presented, a piece that was rich with emotion and understanding. The performance covered the pandemic, the Black Lives Matter movement and much more. The piece exemplified student creativity and drive to create something truly unique.