Men’s water polo finish their season with a win

The Eagles compete in the 2021 WWPA Championship. 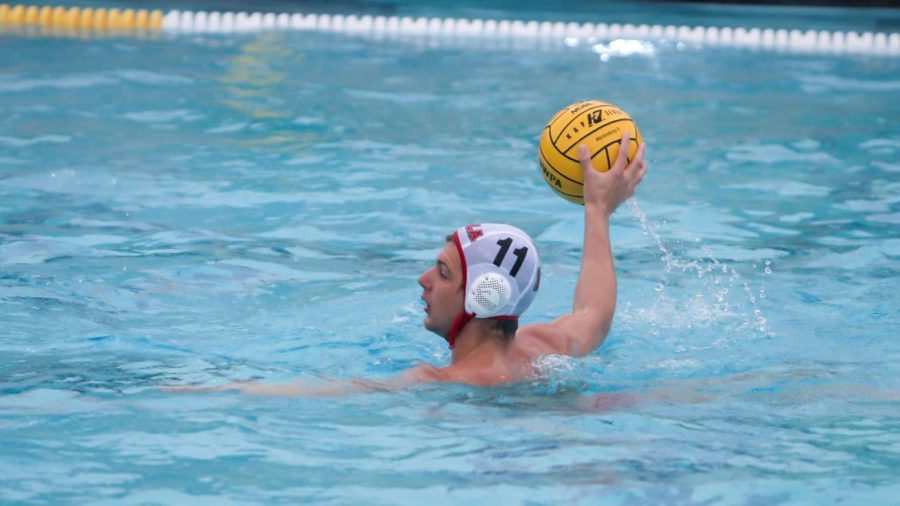 On Friday morning the men’s water polo team headed to Davis, California to compete against Fresno Pacific University, University of California at Davis and Concordia University Irvine at the Western Water Polo Association Championship. The Eagles split day one of competition with a victory against FPU, 10-9 and a loss against UC Davis, 21-5. On day two Biola faced off against CUI, unfortunately losing by one point, 10-9.
VICTORIOUS IN THE POOL
The Eagles started off the morning facing Fresno Pacific, who the Eagles lost to earlier in the season, 16-6. Junior center Matthew Vinson fired off the first goal of the match. The Sunbirds quickly responded with a four-point run. Sophomore utility player Dominic Hidalgo-Valecillo scored another goal for the Eagles at the start of the second quarter. At the end of the second quarter Biola was down by seven points. Biola shot more goals than FPU in the third and fourth quarter, ultimately winning 10-9.

For their second match of the day the Eagles faced UC Davis. The Aggies had a six-point run in the first quarter and blocked all attempts, leaving Biola scoreless going into the second quarter. The Aggies completely dominated the entire match, leaving little room for Biola to score. The Eagles were defeated, 21-5.
DAY TWO DEFEAT
On day two of the competition Biola competed against Concordia. Both teams started off the first quarter exchanging goals. Biola finished the first quarter with a one-point advantage. The Eagles extended their lead by two goals, but CUI responded with two goals of their own, decreasing the point deficit to one. The third quarter ended with a tie and the Golden Eagles defeated Biola, 10-9. This loss placed the inaugural men’s water polo team at the No.9 seed of the WWPA.