The Eagles get trampled by the Broncos 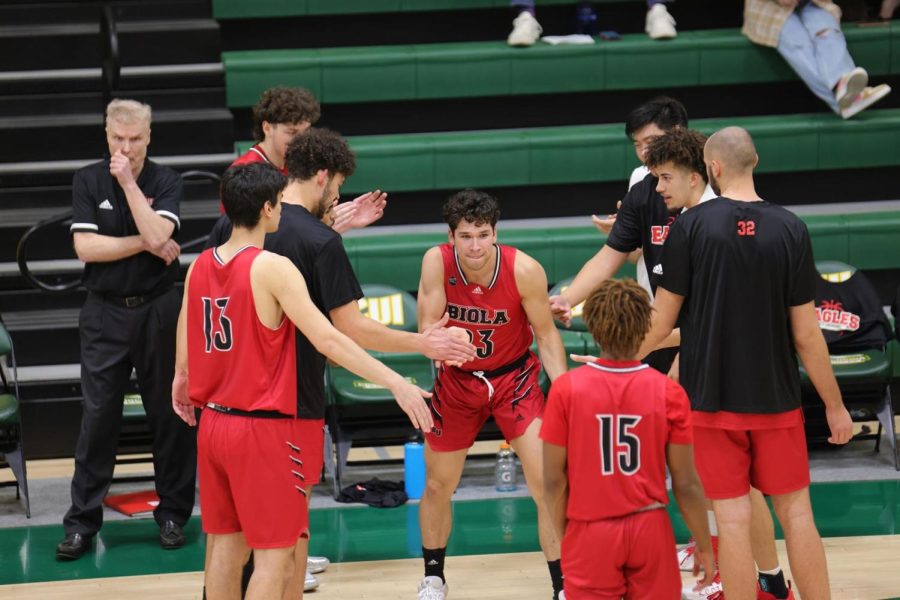 On Saturday night men’s basketball faced off against the Cal Poly Pomona Broncos at home. Although the score was tied three times, the Eagles were unable to take the advantage and lost overall, 60-49.

Biola ended the night with 30 points in the paint, 13 points off turnovers and 10 bench points. The Eagles were led by redshirt freshman forward Maximo Milovich who contributed 15 points and 11 rebounds to Biola’s efforts. Also putting points on the board, redshirt senior guard Chris Rossow contributed 11 points, four assists and one rebound. The third leader of the night was redshirt junior guard Alex Wright who contributed eight points, three assists and 10 rebounds.
FIRST SEASON LOSS
Milovich scored two points off of a layup to start the match but was quickly countered by a 3-point shot by the Broncos. Gaining momentum, the Broncos extended their advantage, ending the first half with an eight-point lead.

The second half started out with another layup by Milovich, placing the score at 28-22. The Eagles, ready to play aggressively, soon tied the score with three consecutive lay-ups. After the score was tied, both teams took turns adding to the scoreboard, tying the score three times. However, the Eagles were unable to convert their energy into a victory and lost overall, 60-49.

Men’s basketball (3-1) will play at home on Nov. 23 at 7:30 p.m. to face the San Diego Christian College Hawks. Stats from today’s game are located on the Biola Athletics website.