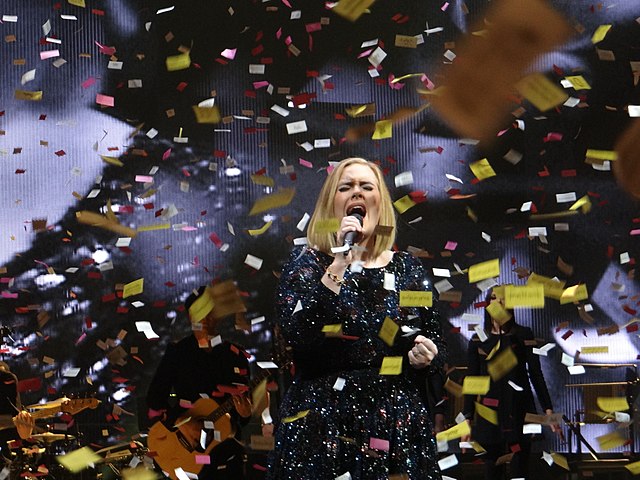 After six years of silence, Adele released her fourth album titled “30.” Continuing the title tradition, Adele shows her maturity in her latest release. “30” features a range of deep emotions through lyrical ballads and tearful melodies.
THE PROCESS
In an interview with Apple Music, Adele shared that her music is geared toward older audiences. She no longer caters toward younger audiences, but instead crafts songs for the 20 and 30-year-olds who grew up listening to her.

When Adele experienced the aftermath of her divorce and extensive therapy, she wrote many of the songs included in “30.”. The lyrics from the album share deep emotion and vulnerability about heartbreak.

Along with her divorce, Adele dealt with the possibility of leaving her child and revealed that she ultimately made this soundtrack for her son. Throughout the album Adele includes hints of the reality of a mother leaving and the fear of her child hating her. The third track off the album, “My Little Love,” explains those emotions Adele felt.
WHAT DOES IT SOUND LIKE
This album includes a wide variety of sounds which  tell a story of Adele’s identity during her marriage and the way she felt. Throughout each song there Adele incorporates a sense of bluesy, whimsical and an old Hollywood feel.

The first song on the album, “Strangers by Nature” captivates listeners with the lyrics, “I’ll be taking flowers to the cemetery of my heart,” which helps demonstrate  the tone of the whole album. There are three songs that fall over six minutes completely full of tender lyrics.

Although much of the album follows the course of slower tunes, there is a cinematic quality that sometimes gives way to more upbeat songs such as “Cry Your Heart Out.” She also provides long ballads lasting up to almost seven minutes like “To Be Loved.”

“Easy On Me” was released as a single, now marking the third spot on Spotify’s Hot Hits USA and second place in the Spotify Charts just underneath Taylor Swift’s release of “All Too Well.” This album marks the next step in her career, as she processes new experiences with depth and clarity.