The Eagles get demolished by Cal Poly Pomona, 5-0. 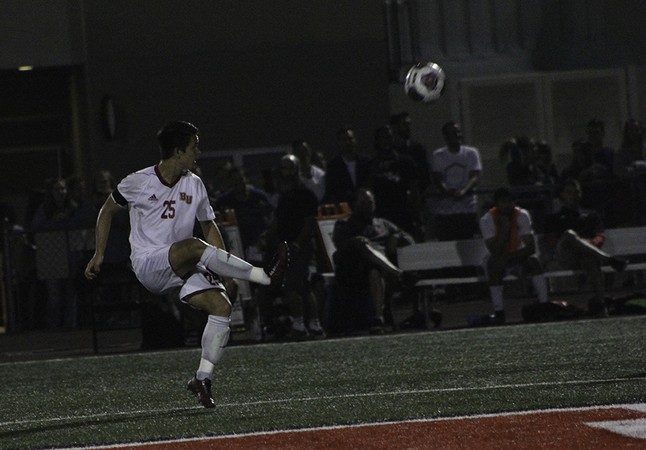 Men’s soccer headed to Wichita Falls, Texas to compete in the National Collegiate Athletic Association Division II West Region Championship for the first time in Biola history. On Nov.15 the NCAA announced that Biola would compete against the California State Polytechnic University, Pomona Broncos. The Eagles unfortunately choked and lost to the Broncos, 5-0, ending their season.

Redshirt sophomore goalkeeper JD Gunn was in the box for the Eagles, gaining six saves in the match. Biola had a total of eight shots attempted and only one shot on goal.
SEASON CLOSER
The Broncos offense had four attempted shots in the first 20 minutes of the match and were successful when the ball flew past Gunn, meeting the back of the net for the first goal of the game. Cal Poly Pomona quickly scored another goal from a penalty kick, putting them at a two-point advantage. The remainder of the first half consisted of unsuccessful attempted shots. The Eagles were down at the half, 2-0.

At 47 minutes the Eagles remained scoreless and the Broncos added to their lead yet again. Gaining momentum from their lead, the Broncos left the Eagles in the dust, 4-0. Biola was unable to decrease the deficit or put a goal on the board, ultimately losing, 5-0.

Despite this loss men’s soccer had a successful season as they are No. 3 in the PacWest conference. Men’s soccer wrapped up their season 11-7 overall and 7-3 conference. Stats from today’s match can be found on the Biola Athletics website.