Deb Taylor steps away from role as Biola provost 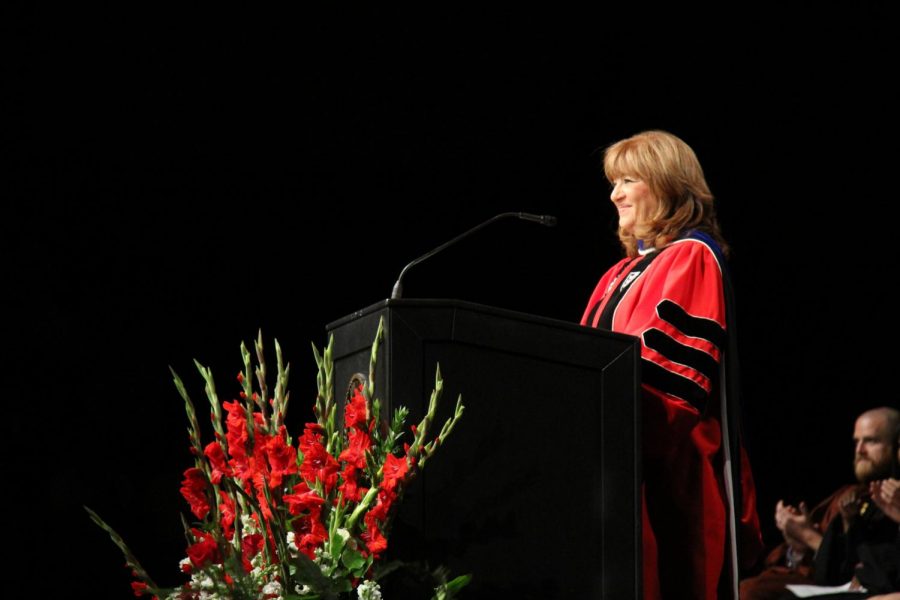 Earlier this month Provost and Senior Vice President Deborah Taylor announced her departure from Biola after serving in university administration for seven years.
WHAT IS NEXT
Taylor will complete the academic school year at Biola, working as a consultant to onboard the new provost through December, at the request of President Barry Corey. Part of this will be outlining plans for the first 30 and 60 days of the new provost’s tenure, as well as being available to answer questions from the new provost.

In addition to her normal roles, Taylor has been making notes of things that are essential for the next provost to know, and what should be left up to the new provost.

Taylor says that although she is retiring from her role at Biola, she will remain active professionally within higher ed. Her role as provost has prepared her to consult across higher ed, Taylor explained.
A SEASON FOR DEPARTURE
When Taylor started her role as provost in 2015 it was on an interim basis until she officially stepped into the role. At the time Corey asked Taylor to join the team until 2022, as part of Biola’s 10-year strategic plan. Taylor explained that although she could not predict what would happen in her life over the next seven years, she would do her best to commit until 2022.

Taylor pointed out that the average tenure for provost is 3.5 years—she will complete half of that term before she steps down in 2022.

“Now that we’re here I feel confirmed that I’ve brought to this role and fulfilled what I feel like God had for me to do,” Taylor said.

She explained that her original seven-year commitment plan was the perfect timeline.

The last two years were particularly challenging for Taylor due to the budgetary and health considerations brought on by the pandemic. She noted that professionals across higher education have struggled with these adjustments and considerations.

Beyond the fatigue that came from the pandemic, Taylor added that spending more time with her family, her grandchildren in particular, was an additional draw.

“But of course I will always be available if Biola wants to bring me in,” Taylor added.
HOPES FOR THE FUTURE
Although she is not on the search committee, Taylor expressed a desire for her team to be taken care of by the next provost—whoever it may be.

“I want someone who cares deeply about faculty because faculty are the front lines,” Taylor said.

Taylor is looking for someone who is willing to make important decisions by looking throughdifferent lenses—in particular, the lens of students.