The Eagles fall to the Cal Poly Pomona Broncos, 81-76. 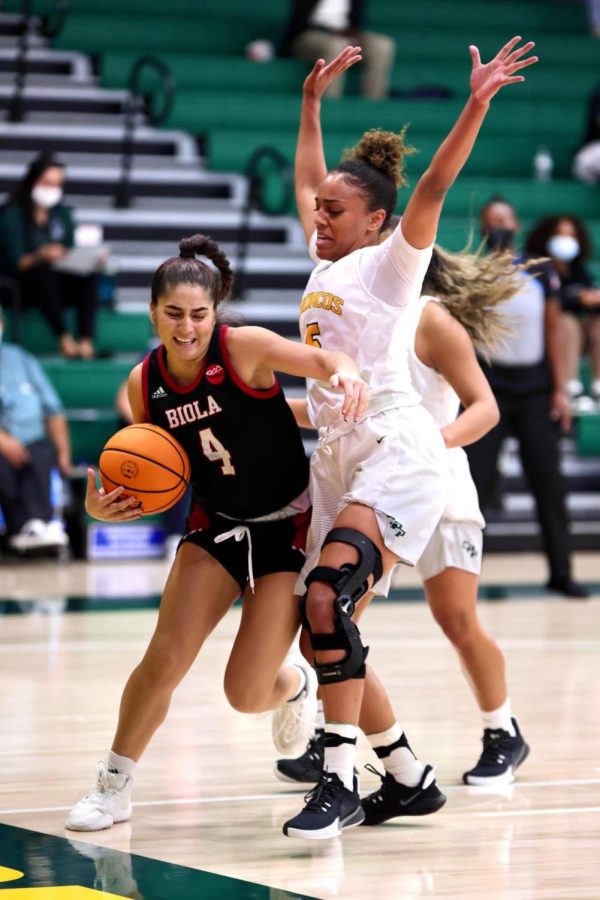 Women’s basketball faced off against the California State Polytechnic University, Pomona Broncos on Wednesday night at the Kellogg Arena. Biola was unable to muster up another win and lost the first game of the season to the Broncos, 81-76.

Redshirt sophomore guard Stephanie Lee led the Eagles’ offense with 18 points, two steals and two rebounds. Redshirt sophomore forward Jordan Rabe made 11 points and gained six rebounds. Freshman guard Amiah Simmons scored 10 points for Biola, gaining one steal and four rebounds.
EAGLES DROP THE BALL
Cal Poly started off the first quarter by making a 3-pointer, but Simmons countered with two points of her own. The Eagles tied the score at eight points, but ended the first quarter nine points down, 26-17. The Broncos continued to hold the lead until they tied the game at 31 points. Biola switched the rhythm and gained a 6-point lead. Biola held the lead until the end of the first half, 40-33.

However, the Broncos pulled ahead to take the lead, finishing the 3rd quarter 53-45. Both teams continued to add to their score, but the Eagles were unable to decrease the deficit, as the Broncos won overall, 81-76.

Women’s basketball (2-1) will come home to compete against the California State University of San Bernardino Coyotes on Nov. 20 at 5:30 p.m. Footage from today’s game can be found on the Biola Athletics website.