The Eagles slaughter the Sagehens 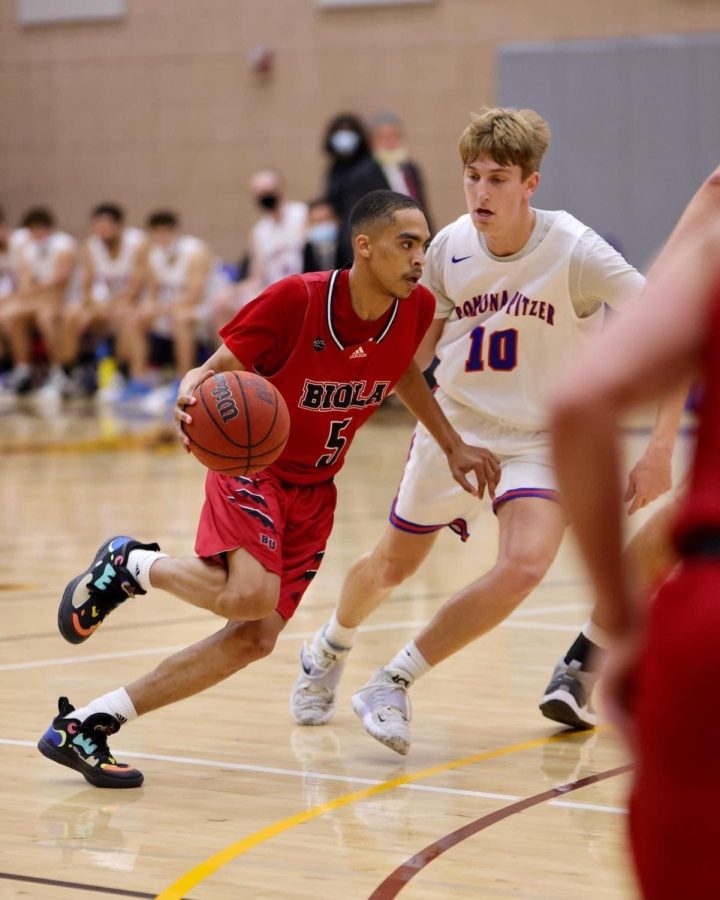 The Eagles defeated the Pomona-Pitzer Sagehens on Tuesday night with a winning score of 76-70. The Eagles showed control of the game with quality shots, resulting in a field goal percentage of 47.5%, 3% more than their last game. Biola swooshed 40 points in the paint and gained 12 points from turnovers. The Eagles also achieved a 77.8% in their free throw shooting percentage.
ON THE OFFENSE
Redshirt senior forward Michael Bagatourian started off the game with a layup for the Eagles, scoring the first two points of the game. The first half continued to be a back and forth between the teams, as the Sagehens struggled to keep up. The Eagles swiftly stole the lead, 38-35.

The Eagles returned to the court in the second half ready to take down the Sagehens. Redshirt junior guard Alex Wright led the flock scoring 23 points, securing seven rebounds. Redshirt senior guard Chris Rossow gained 20 points overall and gained six rebounds. Bagatourian contributed 18 points to the board for Biola.

The Eagles finished the second half with an identical score to the first half, winning overall, 76-70.

Men’s basketball (3-0) will have their first home game against the California State Polytechnic University, Pomona Broncos on Nov. 20 at 7:45 p.m. Stats and footage from this game are located on the Biola Athletics website.