The Eagles battled the Cougars intensely until the end. 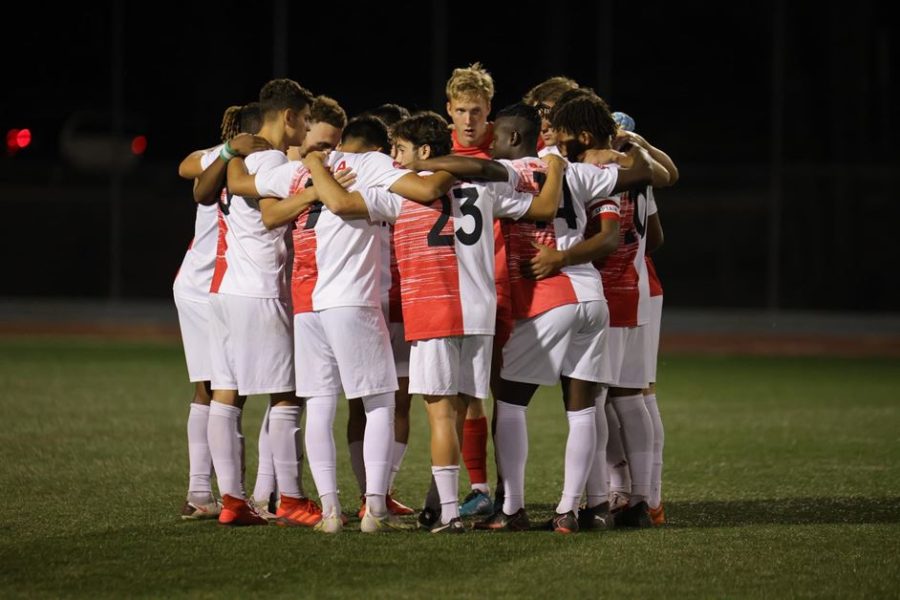 After 90 minutes of intense back and forth battle, men’s soccer dropped the win against Azusa Pacific University, 3-2, within 19 seconds of overtime on Saturday night at Al Barbour Field.

Four of the five goals scored in the game were from fouls committed. Le Calve scored the first goal of the game in minute seven through a penalty kick that was granted from a foul on Jones.
SUDDEN DEATH
However, Biola was not able to sustain the lead and committed a foul that awarded APU a penalty kick on minute 22. Junior midfielder Gregoire Diep evened the score and gave APU momentum. Once again Biola committed a foul that harmed them. Redshirt junior defender Izaac Zauch fouled APU forward David Kwinn right outside the keeper’s area and was awarded a free kick. APU went ahead on the scoreboard. However, Biola learned from their mistake and began to press harder on the APU defense.

Biola took advantage of APU’s defensive mistakes and capitalized on them. In a free kick by Le Calve, graduate midfielder Daniel Simonis possessed the ball and passed it to redshirt junior Lawrence Kwazema in the keeper’s area, but was fouled and awarded a penalty kick. Le Calve then scored the penalty kick to once again even the score.

Biola’s efforts were not enough to take the win in the end. Within 19 seconds of overtime, APU took a shot on goal to end the game.

Men’s soccer (11-6 overall, 7-3 PacWest) awaits for the NCAA DII West Regional Selection Show to determine if they will participate in the regional championships. The selection show will be on Monday at 3:30 p.m.

Footage of the game can be found on the Biola Athletics website.