The Eagles end the season with a draw 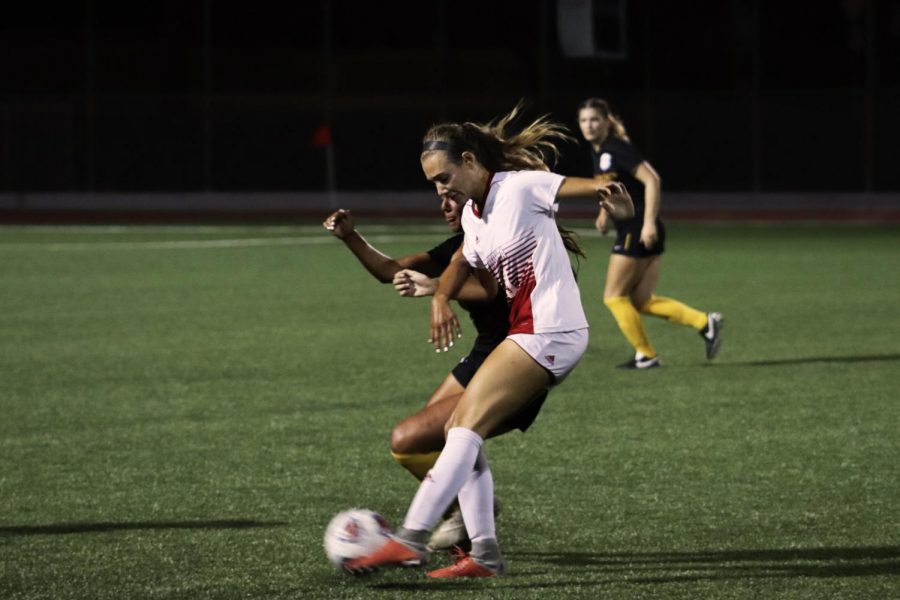 On Nov. 13, women’s soccer faced the Azusa Pacific University Cougars at home, ending their PacWest conference standings at 5-4-1. Biola was unable to score in two overtime halves, tying the game, 3-3.
OVERTIME LETDOWN
APU fired off the first period by making the first goal of the match at 23 minutes. The Eagles quickly responded with a goal made by freshman forward Jazmin Montalvo. In less than a minute redshirt freshman forward Abby Chavez scored another goal for Biola assisted by redshirt junior forward Sarah Freed, gaining a one-point lead. APU retaliated, tying the game 2-2 to end the first half.

Similarly, the second half was an even game until the Eagles broke the tie two minutes into the game with a goal from Freed assisted by redshirt sophomore forward Christine Maranville. The second half ended with a draw, 3-3, and ran into overtime.

Neither team was able to score a goal in two overtime periods, ending the game with a tie, 3-3.