The Eagles schooled the Urban Knights, 3-0. 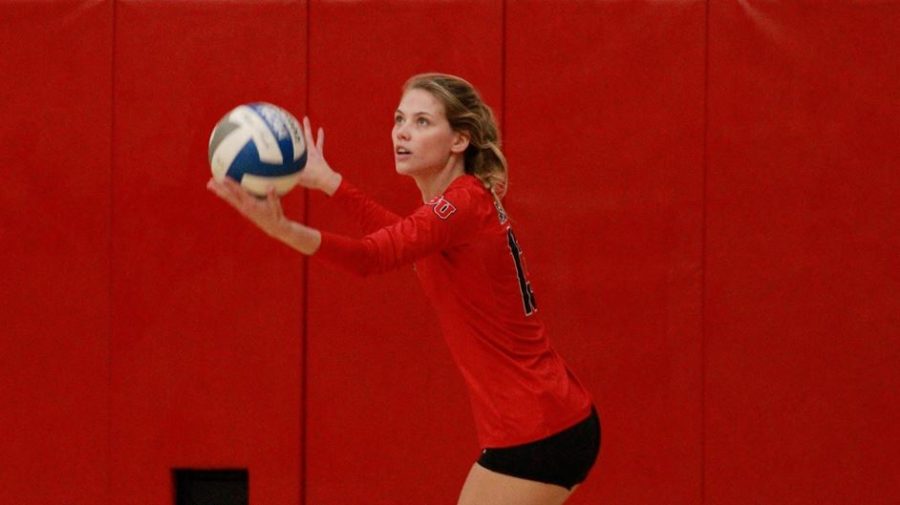 On Nov. 13 volleyball headed to Belmont, California to face off against the Academy of Art Urban Knights. Biola dominated the court, shutting down the Urban Knights to win the first three sets, 3-0. Overall, the Eagles totaled 64 points, 49 kills, nine aces and three blocks.
THREE SET SWEEP
The first set got off to a rocky start for the Eagles due to a five-point lead led by the Urban Knights. However, redshirt sophomore outside hitter Madison Beebe disrupted this streak with a kill and gave Biola momentum to pick up their game.

With 13 kills and one ace, redshirt sophomore middle blocker Raegan Tjepkema carried the Eagles’ offense. Redshirt freshman outside hitter Dominique Kirton followed Tjepkema’s lead with 12 kills and Beebe offered outstanding support with 11 kills of her own.

The third set was a battle as the Academy of Art tried to earn a win to the board. A six-point streak allowed the Eagles to fully shut down the Urban Knights and led to their victory, 3-0.

Volleyball will head to Azusa, California on Nov. 18 to face off against Azusa Pacific University at 7 p.m. Stats from today’s game are located on the Biola Athletics website.