The Montgomery Brothers and their filmmaking journey

Ethan and Luke Montgomery talk about their artistic sensibilities and storytelling inspirations. 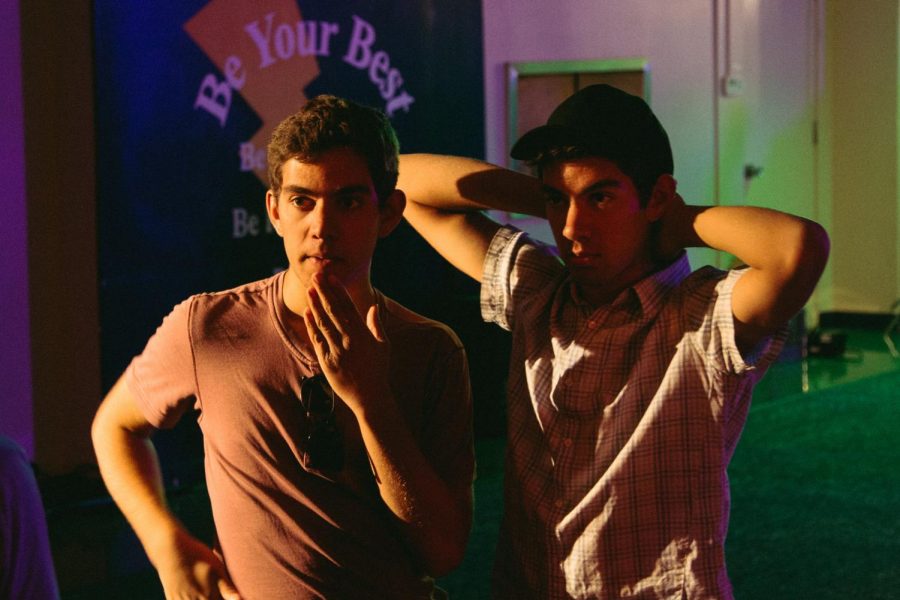 Courtesy of Ethan and Luke Montgomery

There is rarely a filmmaker that comes along like Steven Spielberg in the ‘80s and ‘90s, who released blockbuster films that stuck in the minds of audiences for their emotional depth and humanistic stories. At Biola, two twin brothers carry that torch to make humanistic stories of their own—Ethan and Luke Montgomery.

Their filmmaking journey started small and a great mentor gave them direction.

“In sixth grade, we had a computer teacher who started a computer club after school, and taught us basic video editing and green screen,” Luke Montgomery said. “The green screen part blew our minds and we immediately bought our own green screen and started just making goofy videos of us flying on hoverboards or weird things like that. We just kept doing it and just kept making stuff.”

This love for visual effects quickly turned into a passion for stories as told through film.

“We started just making our own short films and writing them ourselves because there was no one else to write them,” Ethan Montgomery said. “I don’t think we ever decided, ‘Hey, we should write and direct stuff together.’ It just happened and then we were encouraged by mentors and people in our life to keep doing it.”

Being a brother duo also creates a unique collaboration opportunity and a strong dynamic for the two. For Ethan and Luke, they never experienced a moment in which they adhered to one particular role on their projects. Their life experience as twins also helped them stay on the same page artistically.

“I’ve gotten to the point now where when we start arguing about some creative choice, I just go, ‘This is good, let’s keep arguing,’ because I don’t have any fear that Ethan’s idea is somehow going to tank the film,” Luke Montgomery stated. “I know ultimately, we’re on the same wavelength and we just have to figure out how we’re both saying the same thing.”
CHRISTIAN FILMMAKING
Christian roots also influence this dynamic, as many members of the Montgomery family attended Biola. However, the common label of “Christian filmmaker” fails to describe the brothers’ creative process.

The brothers also find deep-seated issues with the state of Christianity in the film industry.

“I think it’s tragic that the state of Christian art right now, especially the public perception and my perception of the majority of Christian art, is not creative,” Ethan Montgomery stated. “The Christian film industry often feels like it’s trying to be Hollywood with a Christian twist.”
“AMELIA (THE TWIN)”
The brothers’ current project, “Amelia (The Twin),” expresses a personal story, depicting their own experiences.

“The main thing we learned is just how hard it is to dig deep into your experience without any of the boundaries you put into your own head about your own experience,” Luke Montgomery said. “I’ve become convinced that you cannot possibly be too personal.”

With an impressive filmography under their belt, the future looks bright for this brother duo.

“I think the goal is: find something industry-related where we can support ourselves and make a living, keep making stuff and getting it out to festivals and hope that leads somewhere,” Ethan Montgomery said. “But the one thing that we know we have to do is keep making stuff. If we stop making stuff then nothing will ever happen.”

A screening for the Montgomery brothers’ “Amelia (The Twin),” as well as fellow cinema and media arts majors Griffin Douglass and Justin Lord’s shorts “Never Felt Better” and “Ridley,” will premiere in Mayers Auditorium on Nov. 20 at 7 p.m.