Biola Library serves students after a year of budget cuts

With lack of funding and staffing, the library navigates changes to its operation. 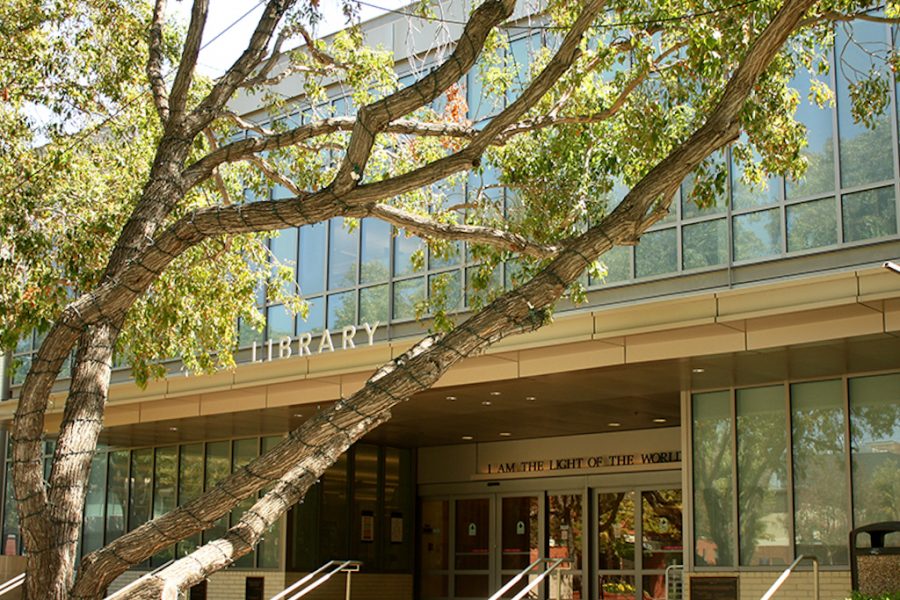 Following a year of financial strife Biola made budget cuts, and the Biola Library was no exception. Dean of the Library Gregg Geary explained that Biola cut the library’s budget by $400,00 dollars during the 2020-2021 school year.

“We are maintaining some of the reductions because we know that the university as a whole is still impacted,” Geary said.
STAFF SHORTAGES IMPACT PATRONS
Geary explained that when the pandemic started he knew that the library needed to make changes. Whenever Geary made cuts to library operations, he aimed to make decisions with the least negative impact on its patrons.

Over the course of the pandemic some staff left or retired, leaving the library with two open positions. Geary explained that positions remain vacant at the library since August, and the library continues to wait for allocation of funds and permission from Biola to begin the hiring process.

This staff shortage directly impacted students, especially those who utilize the library late at night. The library made alterations to hours of operations, directly impacting student experiences.

Due to a lack of funding and staffing, the library experienced the negative impacts of financial strain. Geary explained that if someone becomes sick the remaining staff must take on greater responsibility, with no staff on reserve.

“I’ve been putting extra hours on the front desk. I actually enjoy working with the students, so that’s not a tremendous burden,” Geary said. “But, it means I’m not able to do the other administrative things that I would normally do.”

Other cuts to the library include the trimming of lesser used databases from Biola’s digital library. Many of these resources remain available through inter-library loans, Geary explained, though gaining access to them takes longer than before.