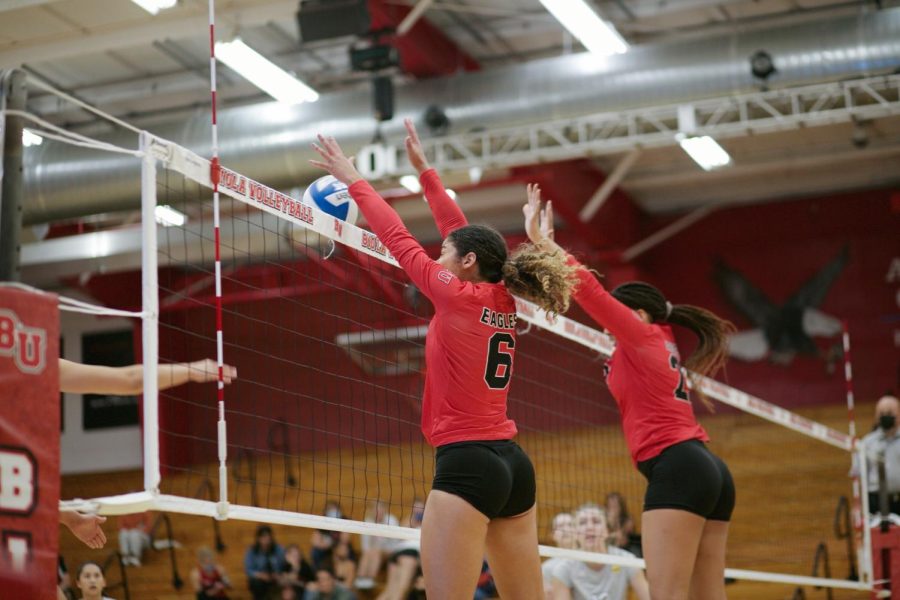 Biola dominated Dominican University of California in Thursday night’s doubleheader and defeated them on both occasions, 3-0, at Chase Gymnasium to give their head coach Aaron Seltzer 500 career wins.

Biola earned its seventh consecutive win (25-14, 25-14, 24-15) in the final match of the doubleheader. With this win, Biola now has 11 consecutive set wins. Although Biola showcased dominant skills, they were down in the scoreboard occasionally. However, they managed to come back and increase their points significantly. In all three sets, Biola had a lead of 10 or more points.

With the doubleheader sweeps, Biola is now 16-7 overall and 12-3 in PacWest Conference. Volleyball’s next game is against Holy Names University on Saturday at 3 p.m in Chase Gymnasium. Footage from the match is available on the Biola Athletics website.