‘Scripted the Short’ exposes the struggle of unknown futures

After wrapping up production, this Biola film readies for their premier. 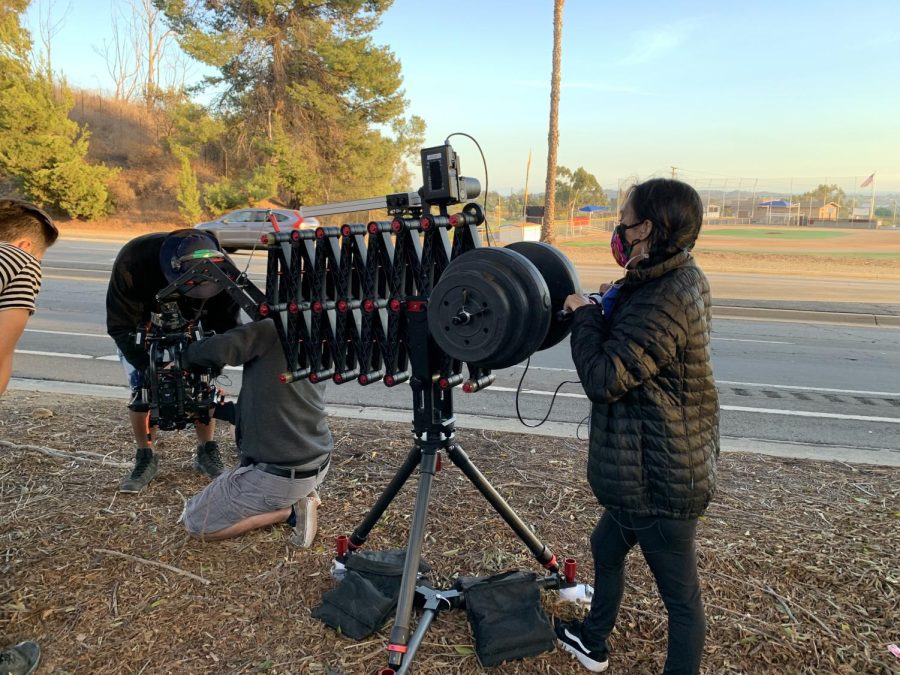 After wrapping up filming last weekend, Biola film’s second project entered post-production. With a dedicated cast and crew, “Scripted The Short” gives insight into the lives of two tech entrepreneurs.
THE THOUGHT BEHIND THE WORK
Senior cinema media arts major and producer Karen Corbett gave a rundown of the show and production. This short depicts two tech entrepreneurs who struggle to find funding for communication compression software—a technology system for extracting and creating files. At the verge of giving up and losing their work, the software develops a glitch that receives messages from the future.

This short explains the necessity of uncertainty in life, as well as shares the importance of facing the unknowns.
ALL THAT IS INVOLVED
A crew of 20 people—fully dedicated to this specific project for months—sets this film apart from other classroom projects. In other Biola cinema classes, the projects have fewer people in a group and do not require long-term commitment.

With months of work and preparation, this project required a full cast to build the film. The marketing team of “Scripted” continuously produces content on multiple social media accounts, slowly growing their audience.

“Griffith let us use the location from 1 p.m. to 10 p.m. but we are shooting a night scene, which means we only had about two and a half hours to shoot this incredibly complex scene,” junior cinema and media arts major Alison Chan said.

As the first assistant director and associate producer of the film, Chan said that she will never forget a moment from filming at the Observatory.

“After the first couple takes, our professors, who were watching the monitor, applauded and I was shook because that’s never happened on set before,” Chan said. “The validation felt nice because it meant that all our cast and crew’s hard work and energy poured into this project was worth it.”

“Scripted the Short” premieres on Dec. 11 with the viewing location still up for determination.