Artists should prioritize COVID-19 safety at their concerts

A survey reveals that artists who encourage concerts with no mandates are the minority. 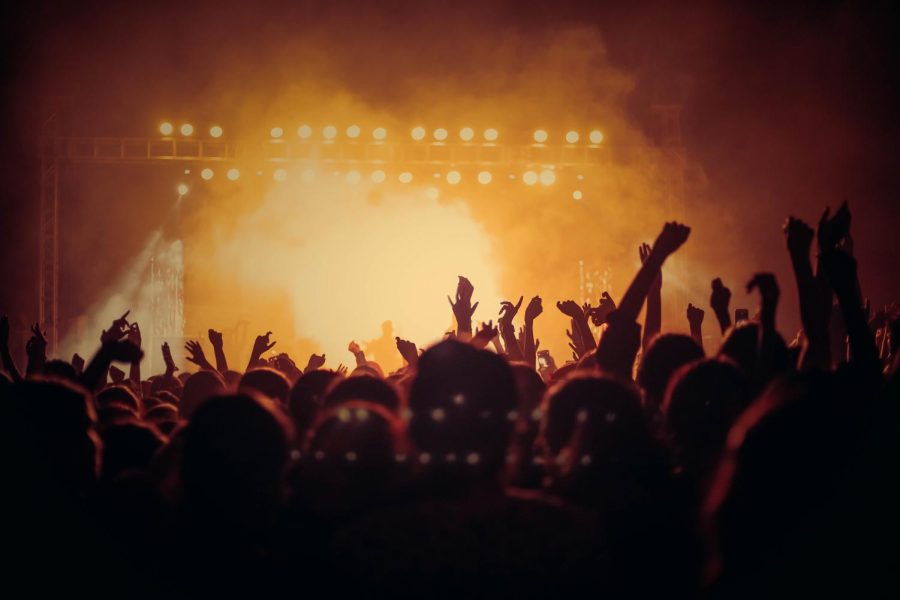 While COVID-19 cases steadily decline, the vaccine mandate for nightclubs and concert venues creates another obstacle for entertainers. Now, singers and concert goers alike grapple with the politics of the virus.

While artists continue to use their platform to speak out about COVID-19 protocols, the mandate caused conflict over playing at venues that enforce the vaccine mandate. Artists need more awareness of the power of their words and actions by understanding their role as a figure in society.
MANDATE MISUNDERSTANDING
On July 21, the day after the Prime Minister of the U.K. announced vaccination requirements for attendance at clubs and concerts, well-known British guitar player Eric Clapton posted a refusal to play at venues enforcing the mandate on social media. Two months later in September he played at Smoothie King in New Orleans, which imposes a clear mandate for attendees, the Rolling Stone reported.

Clapton responded, claiming he was unaware that the United States required attendees to abide by its COVID-19 mandates. This performance followed a bold statement to limit his concerts, sending a mixed message to those who stood with Clapton initially.

According to the Associated Press, business owners who host touring bands are concerned that artists will not feel safe coming to states that do not support health mandates. Nonetheless, Clapton encouraged those vaccinated and unvaccinated alike to attend his concerts—potentially spreading the virus.

When a well-respected artist encourages a lack of participation toward government mandates, it creates an unnecessary divide.
GETTING BACK TO NORMALCY TOO FAST
Research company MusicWatch surveyed 753 regular concert goers on their views of COVID-19 safety protocols. The survey found that 67% of concert attendees voted in favor of artists and venues requiring a mask mandate and proof of vaccination.

Despite the effort that Clapton made to cater to the rebellious attitude of those who are impatient to return to vaccine-less concerts, Billboard reported that a business in New Orleans said that the response to enacting the mandate and proof of inoculation was ‘overwhelmingly positive.’

Nashville rock club owner Chris Cobb told the Associated Press that artists have a responsibility to support the mandate. Famous artists can either choose to encourage concerts attended by vaccinated individuals in venues that follow COVID-19 safety protocols or defy them out of their own desire to return to  normal life without consideration for the worldwide pandemic.
WORKING IN HARMONY WITH ONE ANOTHER
Artists must maintain their freedom and creativity. However, they also have a responsibility to work in harmony with those reopening the country so that every performer can return to having safe and fun concert experiences.

Stubbornness and a desire to advocate are positive qualities at the right time. However, when this puts health on the line, these qualities potentially compromise the safety of others. Those with an influential platform must prioritize unification as politicians, entertainers and people working toward a fulfilling life preceding this dissonant season.