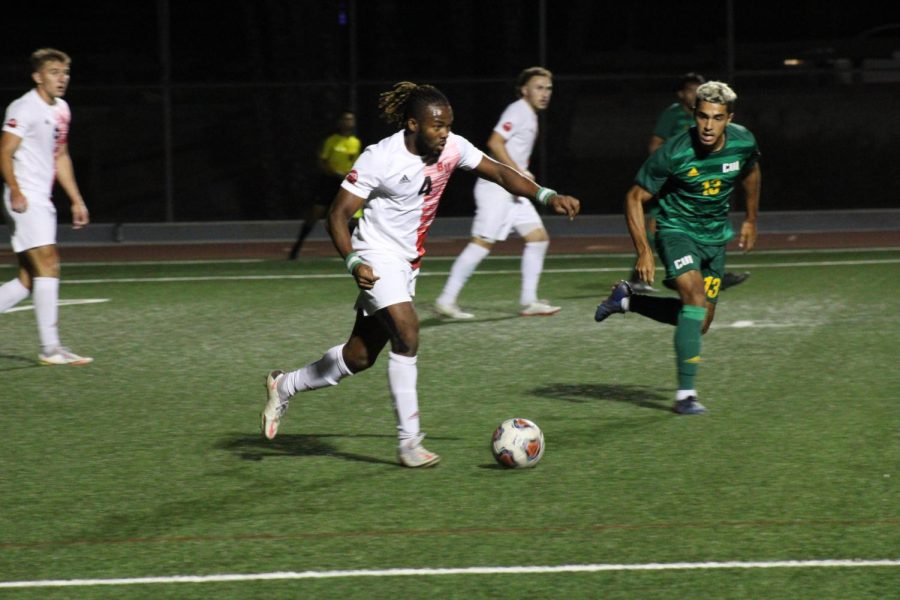 Men’s soccer returned home from their successful Hawaii tour to gain another win. Biola faced off against the Concordia University Irvine Golden Eagles, taking their fifth win in a row. The Eagles scored three goals in the first period and added two more goals in the second period to secure their win, 5-2.
LOCKING IN THE LEAD
The first half was intense for both teams. In the first 10 minutes of the game graduate student midfielder Daniel Simonis fired off the first goal of the game assisted by redshirt junior midfielder Aidan Hill. CUI quickly responded with a goal of their own, tying the game. Redshirt junior defender Izaac Zausch scored another goal, putting the Eagles ahead.

Biola’s offense hustled and Hill was successful to meet the back of the net with the help of redshirt junior midfielder Jonathan Serrano. To seal the deal with only 10 minutes left on the clock, Simonis scored another goal assisted by Jones.

Men’s soccer (10-4 overall 6-1 conference) will return home, facing off against Holy Names University at 7 p.m. on Nov. 4. Statistics and footage from today’s game are available on the Biola Athletics website.