The Eagles battled hard against the Cougars but lost, 143-98. 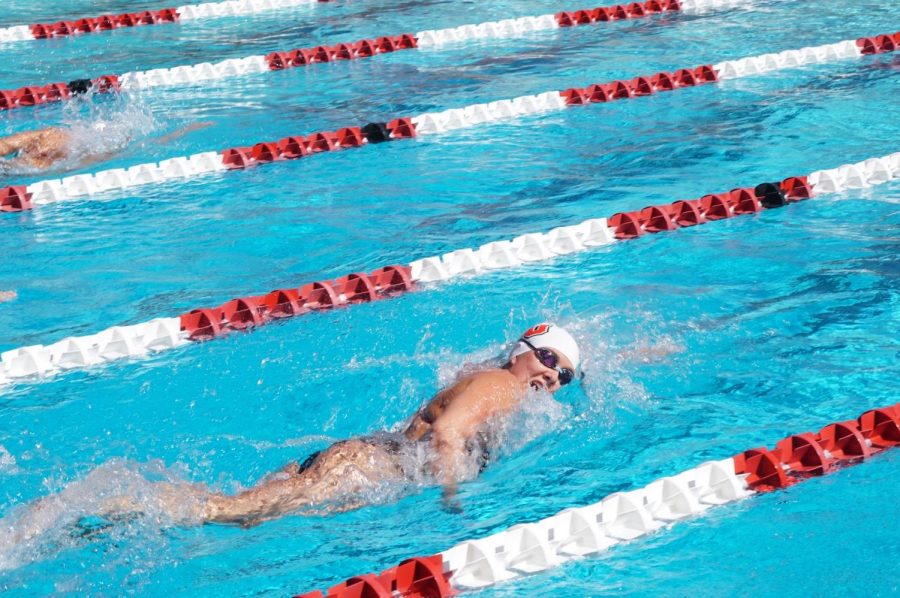 On Oct. 23, women’s swim and dive headed to Azusa Pacific University to compete against the Cougars. For almost two hours, Biola split wins with APU in nine individual events and two relays. However, in the end the Cougars pulled ahead defeating the Eagles, 143-98.
INDIVIDUAL VICTORIES
Despite the team’s loss, several players found individual success. Redshirt sophomore Liza Parahnevich took first in the 200-meter backstroke. Coming in at 2:10.59, Parahnevich earned her first place spot by three seconds. Redshirt freshman Katie Ottman followed her lead, placing third in the 50-meter freestyle with a time of 25.09.

In the final individual event—200-meter breastroke—redshirt freshman Grace Kling reigned victorious. With a time of 2:22.80, Kling earned the win by thirteen-hundredths of a second.
SPLIT RELAYS
Biola started the medley relay match strong, earning the top mark. Parahnevich and Kling were joined by freshman Morgan Kampfer and redshirt sophomore Kolya Vos to earn a time of 4:02.19 in a three-second win over the Cougars.

The 400-meter freestyle relay event resulted in a loss for the Eagles. However, they earned two of the Top 3 spots in the event.

Women’s swim and dive will compete in the Bay Area Invite in Santa Cruz, California on Oct. 29. Results from today’s match are located on the Biola Athletics website.