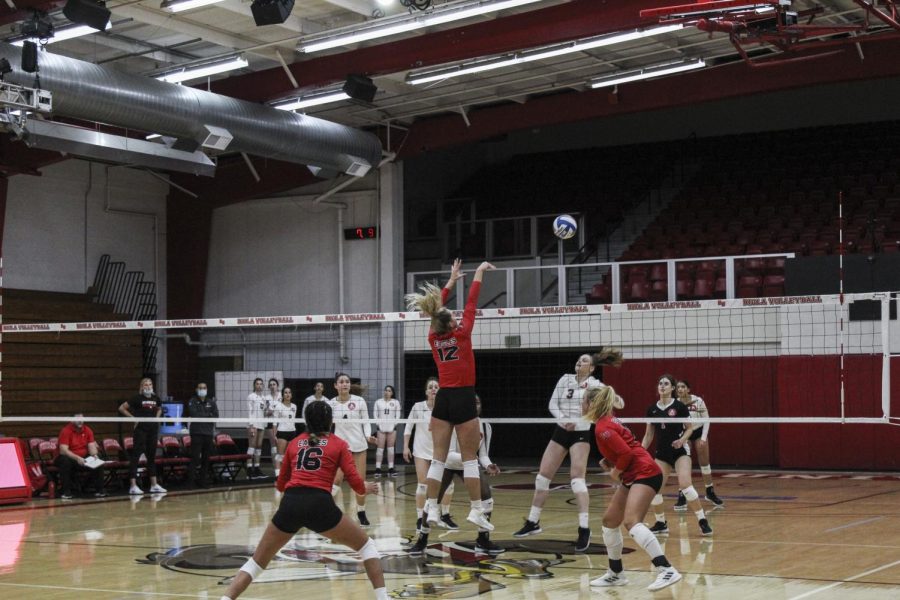 After 45 kills and 30 digs, the Eagles triumphed over the Academy of Art University Urban Knights, with a three-set identical score, 25-19. The 3-0 win places Biola at a 10-7, 6-3 Pacwest standing.
WELL-ROUNDED PLAY
During the first set, redshirt sophomore outside hitter Madison Beebe and middle blocker redshirt sophomore Raegan Tjepkema led the Eagles to a six-point win through multiple kills. In the second and third sets, Beebe and Tjepkema continued leading the team, with Beebe totaling 14 kills and Tjepkema totaling 10 kills throughout all three sets—ultimately resulting in their success.

The Eagles (10-7, 6-3) will be back on the court on Oct. 22 at 6 p.m. in the Chase Gymnasium to face off against Fresno Pacific University. Stats from today’s game are located on the Biola Athletics website.