The Eagles annihilate University of Hawaii at Hilo, 2-0. 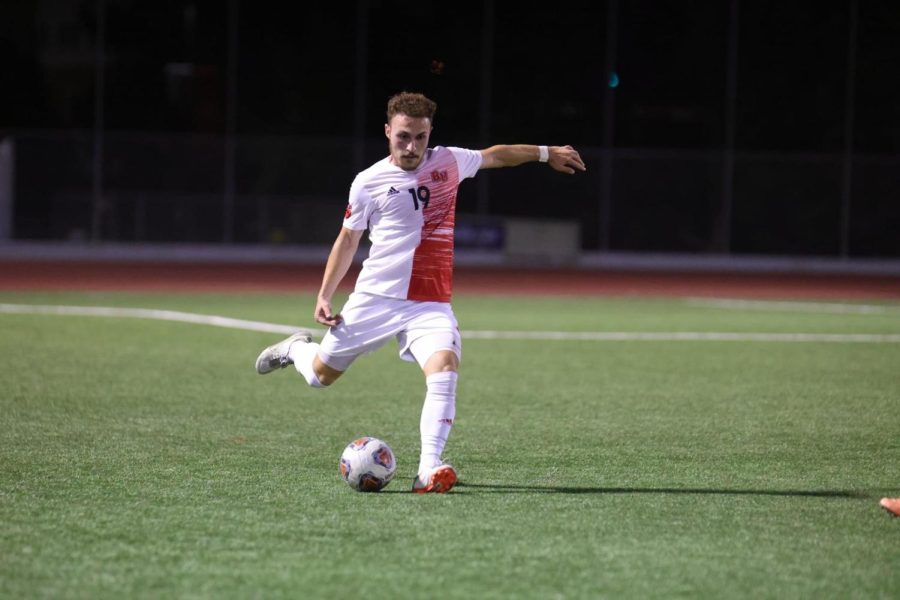 Men’s soccer found success in their last and final game of their Hawaii tour. On Thursday evening the Eagles faced off against the University of Hawaii at Hilo. The Eagles pulled ahead in the first half and won the game overall, 2-0.
DOMINATING THE FIELD
At the 15-minute mark redshirt sophomore defender Ruben Neubauer scored a goal assisted by redshirt junior defender Haiko Hovak and redshirt senior midfielder Pontus Gitselov. The Vulcans attempted to respond but were unsuccessful. Redshirt junior midfielder Aidan Hill was assisted by redshirt freshman forward Adam Jones and added another goal to the scoreboard with 10 minutes left in the first period.

Neither team scored a goal in the second half, leading the Eagles to victory, 2-0.

Men’s soccer (9-4 overall, 5-1 PacWest) will return home to compete against Concordia University Irvine on Oct. 28 at 7 p.m. Footage from today’s game can be found on the Biola Athletics website.