Women’s soccer add another loss to their season

The Eagles fall to University of Hawaii at Hilo, 2-0. 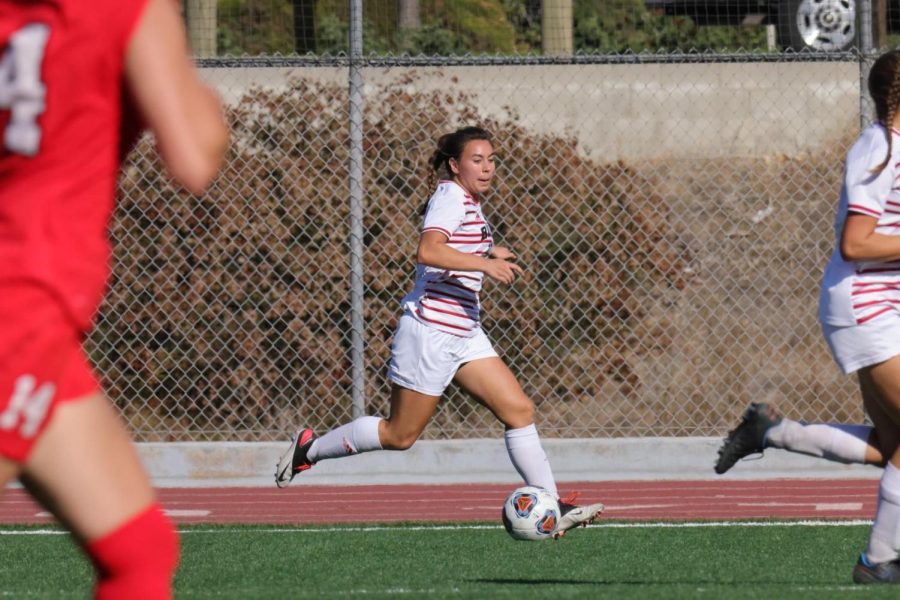 Women’s soccer competed in the last game of their Hawaii tour on Thursday afternoon as they faced off against the University of Hawaii at Hilo. The Eagles were unable to score a goal the entire game and were defeated by the Vulcans, 2-0.
LAST GAME LETDOWN
The Eagles attempted two shots in the first half, but could not meet the back of the net. The Vulcans made a goal in the first 10 minutes of the match, having an advantage going into the second period, 1-0.

Redshirt senior goalkeeper Brianna Ruelas guarded the goal against the Vulcans and gained seven saves in the duration of the competition. The Eagles were unable to make a goal the entire game, while the Vulcans gained another goal, dominating the Eagles, 2-0.

Women’s soccer (5-7-1 overall, 3-3 PacWest) will return home to compete against Concordia University Irvine on Oct. 28 at 4 p.m. Footage from today’s game can be found on the Biola Athletics website.