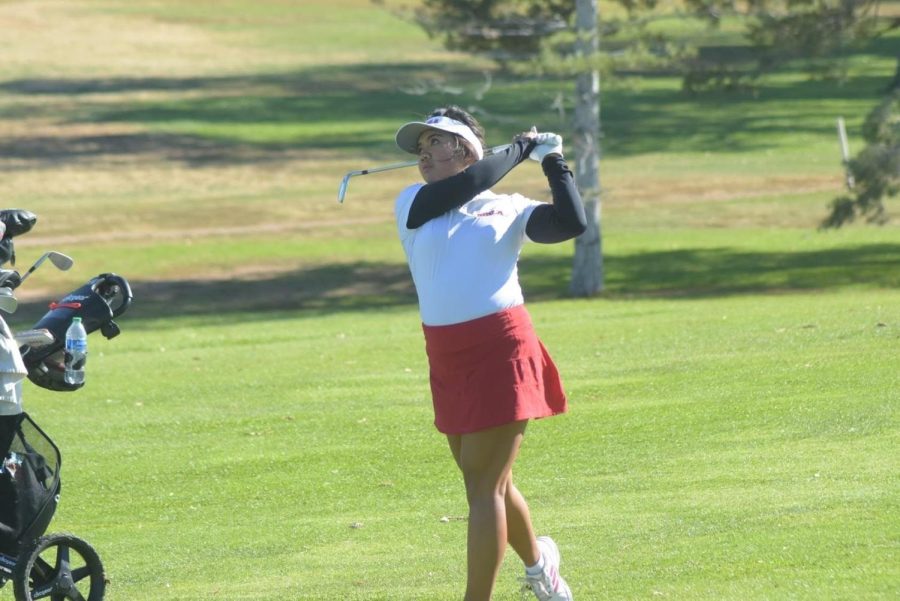 Turnquist made history of her own, securing an eagle off of a 40-foot putt shot on the 15th hole. The sophomore tied for third amond 78 golfers on the first day. Along with her success, freshman Rachel Shaw broke even on the front-nine, shooting one over-par and finishing with a birdie.
TOP FIVE TEAM
On Tuesday, Biola teed off on a cloudy course but managed to finish with a combined 311 and earned a spot on the leaderboard. Turnquist continued her conquest of the course, completing the tournament with 74 strokes and two-over par to earn third place.

Women’s golf will head to Kohala Coast, Hawaii on Oct. 25 to compete in the Hawaii Hilo Tournament. Stats from today’s game are located on the Biola Athletics website.