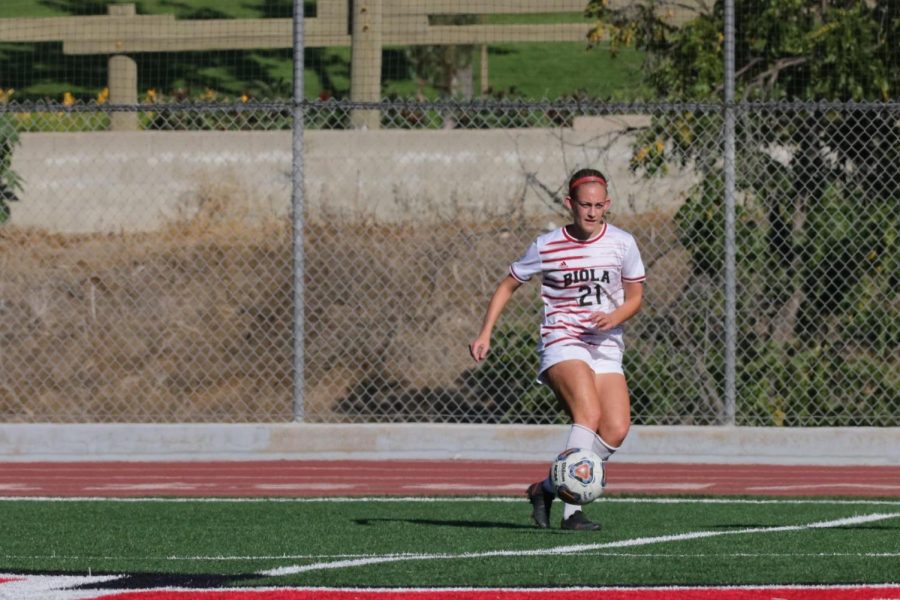 Women’s soccer continued their Hawaii tour on Monday evening as they faced off against the Hawaii Pacific University Sharks. Biola tied the game 1-1 in the first period, then pulled ahead with two more goals in the second half, defeating the sharks, 3-1.
FRAZZLED IN THE FIRST HALF
Redshirt senior goalkeeper Brianna Ruelas started the Eagles defending the net. At four minutes into the match the Sharks made the first goal from midfield, hitting the bar and making it in for a point.

The Eagles then responded with a goal of their own by redshirt freshman forward Abby Chavez far right on the ground, on a dump pass through center assisted by redshirt sophomore midfielder Halie Jamir. Biola received three corner kicks but could not make a play, ending the first half tied, 1-1.
DROWNING THE OPPONENT
In the second half both teams responded with multiple attempted shots. Hawaii Pacific’s offense was desperate to break the tie, but Ruelas did not allow it. At the 78-minute mark the Eagles broke the tie as redshirt freshman forward Chloe Diaz launched the ball into the left side of the net with an assist from Chavez. Freshman forward Jazmin Montalvo added on the scoreboard with less than 20 seconds on the clock, ultimately winning the game, 3-1.

Women’s soccer (5-6-1 overall, 3-2 PacWest) will compete against the University of Hawaii at Hilo on Thursday afternoon at 3 p.m. Footage from today’s game can be found on the Biola Athletics website.