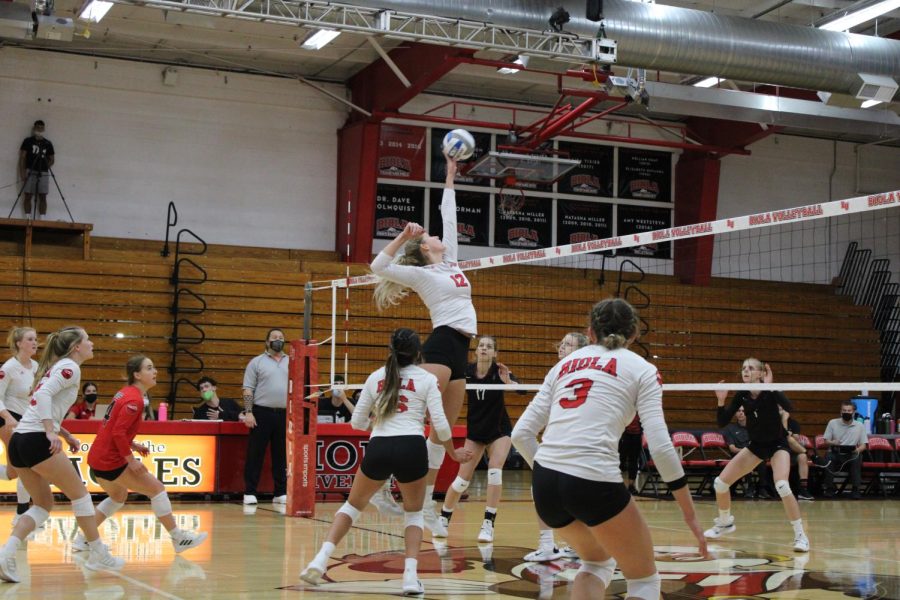 On Friday night, the Eagles redeemed two five-set losses with a consecutive three-set win against the Hawaii Pacific University Sharks. The win places Biola at 4-2 standing in the PacWest Conference. By the end of the game the Eagles tallied 57 points, 42 kills, nine aces and six blocks.
QUICK VICTORY
The Eagles were unstoppable throughout the match. Leading the Eagles with seven kills and one ace, redshirt sophomore outside hitter Madison Beebe played hard and consistently. Aiding Beebe on offense were redshirt freshman right-side hitter Allie Tillery and redshirt freshman outside hitter Dominique Kirton, each adding six kills.

The first set was a breeze as the Eagles subdued the Sharks, never letting them get past 20 points. The Eagles won the set, 25-18. The Sharks came back strong in the second set rallying hard for points. Their effort fell short as they lost the second set, 25-22.

Volleyball (8-6 overall, 4-2 conference) will face off against Chaminade University on Oct. 9 at 10 p.m. The livestream is available on the Biola Athletics website.