The Gabby Petito case is a woman’s greatest fear

The amount of missing people nearly equals the number of COVID-19 related deaths. 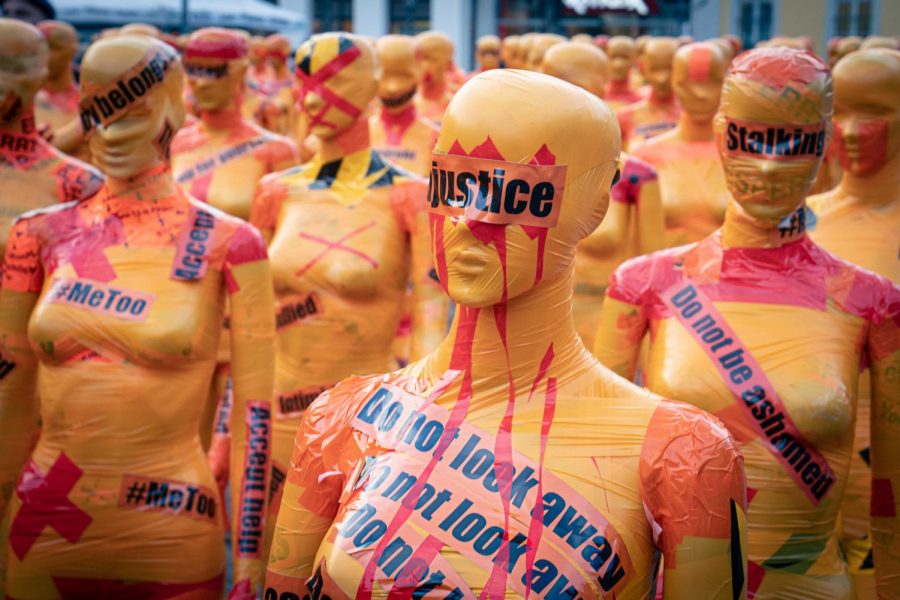 Plastered all over the news for weeks, the face of Gabby Petito was engraved in the hearts and minds of those who heard her story. After police responded to a domestic dispute between Petito and her boyfriend, the media focused on following the young woman’s missing person case. Since her body was found, authorities continued to search for her boyfriend, Brian Laundrie, who remains the suspect in the ongoing investigation. Until he is found, there will be no rest and no justice.

Unfortunately, thousands of men, women and children go missing every year. It is often a parent’s, lover’s and child’s nightmare to lose the person they love, hoping for their return but hearing nothing. With growing rates of human trafficking in the United States, the terror only increased.

The disappearance and death of Gabby Petito is arguably a woman’s greatest fear. Petito is only one of thousands of women, from various races and ages, who lost their lives as a result of domestic abuse. While she had more television screen time than others, she shares the fate of those lost forever, many of whom we will never know. Cases like Petito’s are a sobering reminder to Christians to respond to the brokenness in the world by caring for women—even those forgotten by the media.
HIGH RISK: WOMEN
According to the FBI, over 540,000 people went missing in 2020 alone—over half a million people. Men, women and children alike disappeared from their homes. USA Today highlighted the names, ages and last known locations of 43 missing children under 21 that the FBI is still actively searching for. Each name is a life stolen from safety and peace. Their futures are unknown.

Women and children are particularly high risk subjects when it comes to domestic abuse. The Centers for Disease Control and Prevention reported that one in three women will experience domestic abuse in their life. The issue is so widespread and common that it is often overlooked.

Shockingly, the most dangerous place for a woman is her own home, according to the United Nations. Because domestic abuse rates are so high, women tend to be harmed in what should be their safe place rather than on the streets.
TAKEN AND FORGOTTEN
The media often neglects indigenous women who are missing or experiencing domestic violence. Adult women and young girls are murdered ten times more than other ethnicities, according to Native Women’s Wilderness. Heartbreakingly, over 80% of indigenous women face domestic violence in their lifetime.

Many people ask why Gabby Petito’s disappearance received more coverage than other missing persons cases. A term called “missing white woman syndrome” was coined because of the media’s racial bias in covering disappearances. News publications must do a better job at sharing the stories of all missing people. Until then, it is important to stay informed about the danger that all women face.
CHRISTIAN RESPONSE
Women are raised to make sure they are not being followed to their car, check behind and under the car before entering and be extremely cautious when alone outside. They watch their drinks at the bar and remember to take extra measures when on a blind date. Petito’s story has only emphasized the importance of an abundance of caution.

We live in a broken world. There are no answers as to why such evil can abound around us. As Christians, we must remember to continue living as “wise as serpents and gentle as doves.” We must come behind women who are scared or abused and protect them from harm. James 1:27 tells believers that a “religion that God our Father accepts as pure and faultless is this: to look after orphans and widows in their distress and to keep oneself from being polluted by the world.”

If you or someone you know has been hurt from domestic abuse, call the National Domestic Violence Hotline at 1-800-799-7233.