The Eagles fly past Urban Knights for 4-0 win in conference opener. 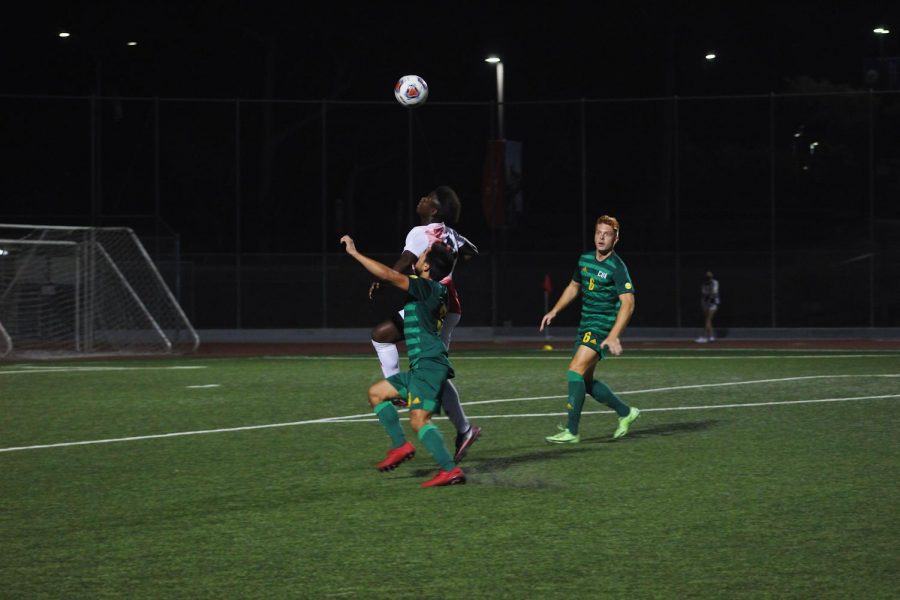 Men’s soccer competed in a thrilling home match against the Academy of Art University Urban Knights on Thursday evening, comfortably winning 4-0 in their first PacWest conference game. Redshirt freshman forward Adam Jones led the sheet with two goals, playing strong in the second half.
FIRST HALF HUMDRUM
The game started off dull with neither team creating many chances on goal. The Eagles applied pressure on the Urban Knights’ backline, causing AAU to maintain a conservative attack.

However, in the 15th minute Biola had a close call when their throw-in was intercepted by AAU, but resulted in a save by redshirt sophomore goalkeeper JD Gunn. Biola ended the half with only four shots attempted and none on goal.
SECOND HALF VICTORY
The second half roared to life, with redshirt junior midfielder Aiden Hill scoring a goal off a long ball by redshirt junior defender Lawrence Kwazema in the 52nd minute. Another shot was attempted soon after by redshirt junior defender Hailko Hovak, but missed slightly left. The battle for possession continued until redshirt freshman forward Adam Jones scored on an assist by redshirt senior midfielder Clement Michelet.

Jones got his second goal of the night with an assist from Hovak, extending Biola’s lead. Redshirt junior defender Izaac Zausch added to the score sheet with a goal of his own to end the night, 4-0.

Men’s soccer (5-3) will continue their PacWest run against Point Loma Nazarene University in San Diego, California on Wednesday, Oct. 6 at 3:30 p.m. The livestream will be available on the Biola Athletics website.