The Eagles defeat the Urban Knights, 2-0. 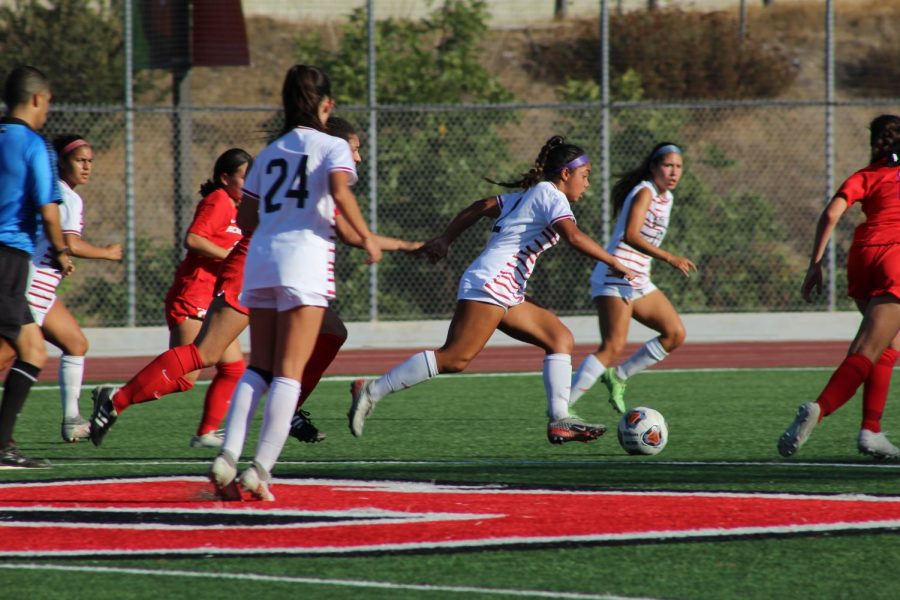 On Sept. 30 women’s soccer returned home to face the Academy of Art University Urban Knights for their PacWest opener. The Eagles played an aggressive match and came out on top, 2-0. Biola’s offense kept the advantage, logging 20 shots and nine on goal.
FIRST HALF WIN
Freshman forward Jazmin Montalvo added Biola’s first goal onto the board 24 minutes into the first half. Redshirt junior midfielder Frances Andrade assisted Montalvo with a pass to the front of the box—Montalvo sailed the ball past AAU’s keeper.

The Eagles maintained possession and attempted one more shot on goal at the end of the first half. Redshirt sophomore forward Ella Hiveley lined up a free kick just outside of the box which flew into the upper corner of the net, winning the game, 2-0.

Biola’s defense maintained a clean sheet through the second half, never letting the Urban Knights score. The Eagles’ first half score carried into the second half leading them to win, 2-0.

Women’s soccer (3-4-1) will head to San Diego, California to face Point Loma Nazarene University on Oct. 6 at 1 p.m. The livestream will be available on the Biola Athletics website.