The Eagles dominate the Sea Lions, 3-1. 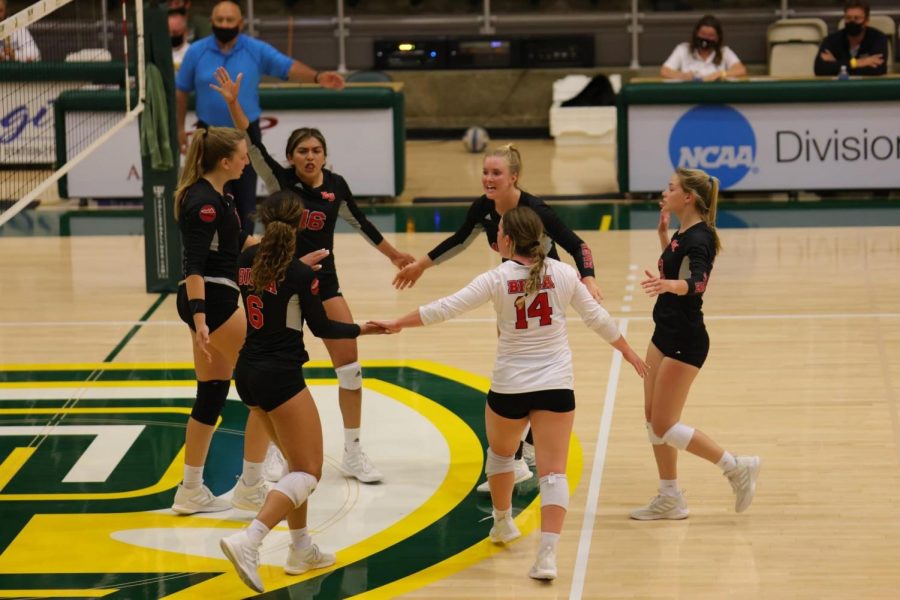 Volleyball headed to San Diego, California to compete against the Point Loma Nazarene University Sea Lions. Biola won three sets, leading them to win, 3-1. By the end of the match, the Eagles had a total of 53 kills, 77 digs and seven aces. This win brings Biola’s PacWest standing to 3-0.

Leading Biola was redshirt sophomore setter Abby Brewster, gaining 14 kills and two aces. Following was redshirt sophomore outside hitter Madison Beebe with 13 kills, two aces and 20 digs. Graduate student setter Vanessa Garcia collected 41 assists, three blocks and 12 digs, while graduate student libero Sami Hover added to the stat sheet with four assists and 26 digs.
DIGGING DEEP FOR THE DUB
Biola made the first two points of set one and PLNU quickly responded with seven points of their own. Both teams fought hard as the score was tied over five times until the very end. Biola pulled ahead and won the first set, 26-24. The second set was victorious for the Eagles as well, 25-23.

Set three of the match started off with two kills from Beebe. The Eagles continued to hold the advantage for the first 18 points. The Sea Lions responded with a point streak pulling ahead and eventually winning set three, 25-22. Biola made a comeback in set four and won overall, 3-1.

Volleyball (7-4) will return home to face Azusa Pacific University on Friday, Oct. 1 at 6 p.m. The livestream will be available on the Biola Athletics website.