The Eagles were defeated by Cal Poly Pomona, 2-0. 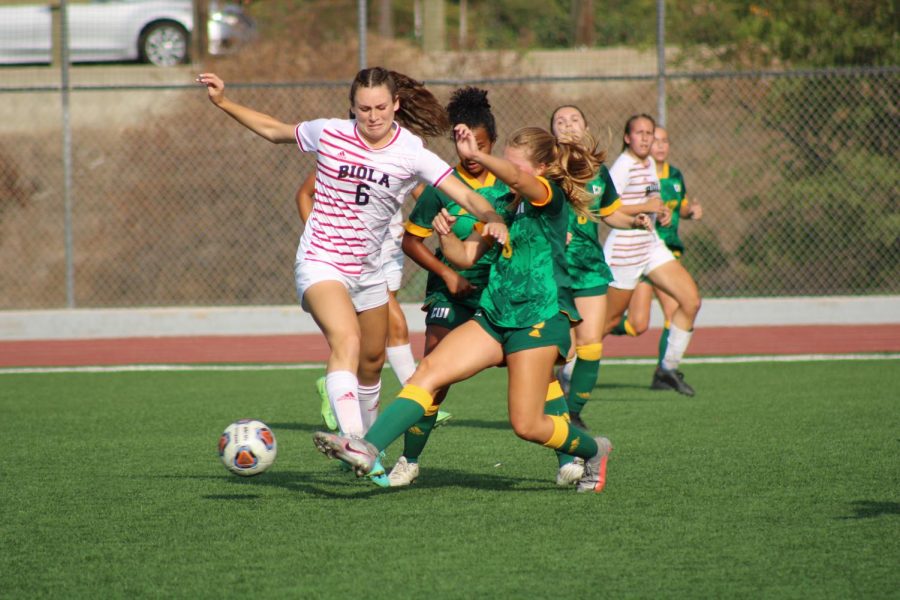 On Sept. 27, women’s soccer headed to Pomona, California to take on the Cal Poly Pomona Broncos. Pomona began the match aggressively with 12 attempted shots and four fouls in the first half. The Broncos scored the first goal less than six minutes into the first half. Neither team scored again until the second half when Pomona secured the win, 2-0.
TRAMPLED
The Eagles were unable to score throughout the game as their defense fought to keep Pomona at bay. The Broncos dominated the field both halves with 20 shots compared to Biola’s four. Redshirt freshman midfielder Jordyn Provience managed two saves, but it was not enough as the Broncos won, 2-0.

Women’s soccer (2-4-1) will return home on Sept. 30 to face the Academy of Art University at 4 p.m. The livestream will be available on the Biola Athletics website.