Women’s soccer shut down by Warriors

The Eagles lose to Western Washington, 1-0. 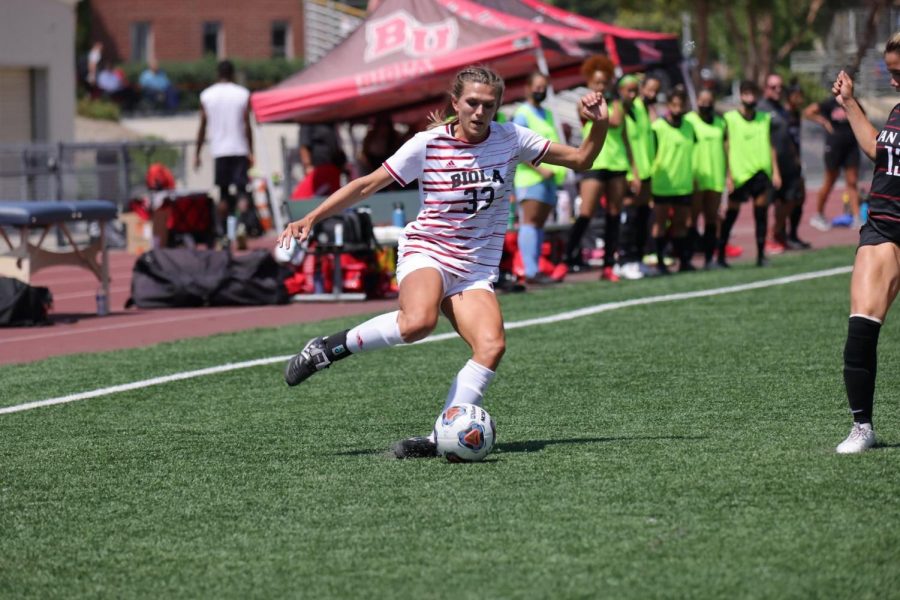 Women’s soccer traveled to Bellingham, Washington on Friday to face off against the Western Washington University Warriors. The Eagles’ defense struggled to fend off the Warriors, ultimately losing the game, 1-0. Biola’s offense played a low-pressure match, only managing one shot to the Warriors’ 23 and zero shots on goal. Despite the loss, redshirt freshman goalkeeper Anna Boyer stood her ground, managing five saves.
UNAMBITIOUS MATCH
The Warriors began the first half aggressively, attempting a shot in the first 30 seconds. Within 18 minutes of the first half, Western Washington scored the only goal of the game, sailing the ball past Boyer to the high left corner of the net, 1-0. The Warriors continued to dominate the field through the remainder of the game leaving the Eagles to face defeat, 1-0.

Women’s soccer (2-3) will return home on Sept. 25 at 4 p.m. face off against Concordia University Irvine. Footage from today’s game is located on Biola Athletics’ website.