Men's soccer is on a winning streak. 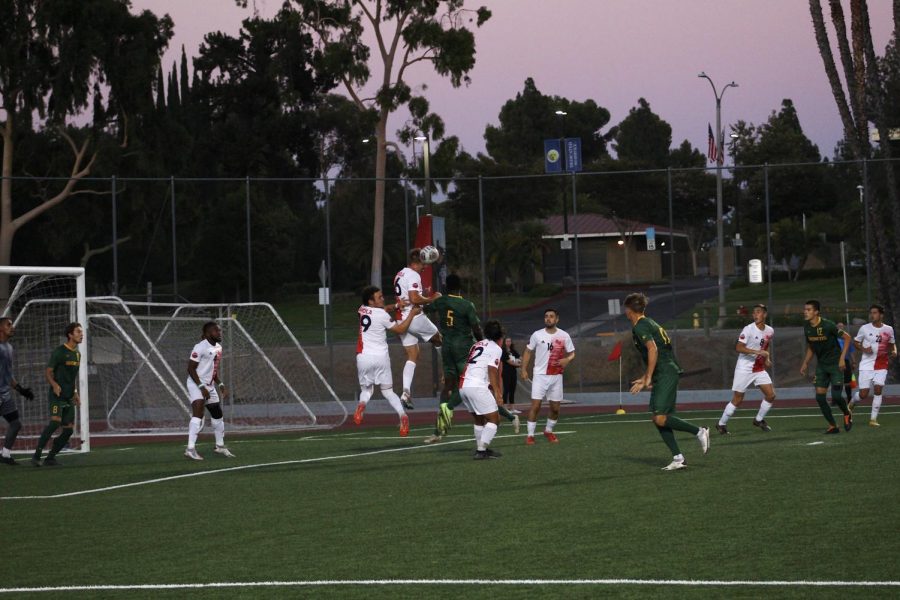 Men’s soccer returned home to Al Barbour Field against Cal Poly Pomona, earning a win, 1-0. The Eagles opened the match with an aggressive offense, scoring the only goal of the game, and dominated the Broncos with a strong defense through the second half.
THE WINNING GOAL
Twenty minutes into the first period, redshirt senior midfielder Pontus Gitselov shot the first goal of the game, assisted by redshirt senior midfielder Clement Michelet. After the first goal, the game heated up with redshirt junior midfielder Jonathan Serrano receiving a yellow card for rough play. With under a minute left in the first period, redshirt junior defender Lawrence Kwazema blocked the Broncos’ last attempt at a shot.
HOLDING THE LINE
The second half started off strong, until Michelet was subbed out for an injury. However, the Eagles kept their momentum—with senior goalkeeper Luis Rodriguez blocking a free kick and the Eagles taking offensive charge on the field. With 15 minutes left in the second half, the Eagles held a strong defensive line, blocking a free kick that occurred because of a hand ball. Biola ended the game with a win, 1-0, leaving them undefeated.