The Eagles take their second loss of the season. 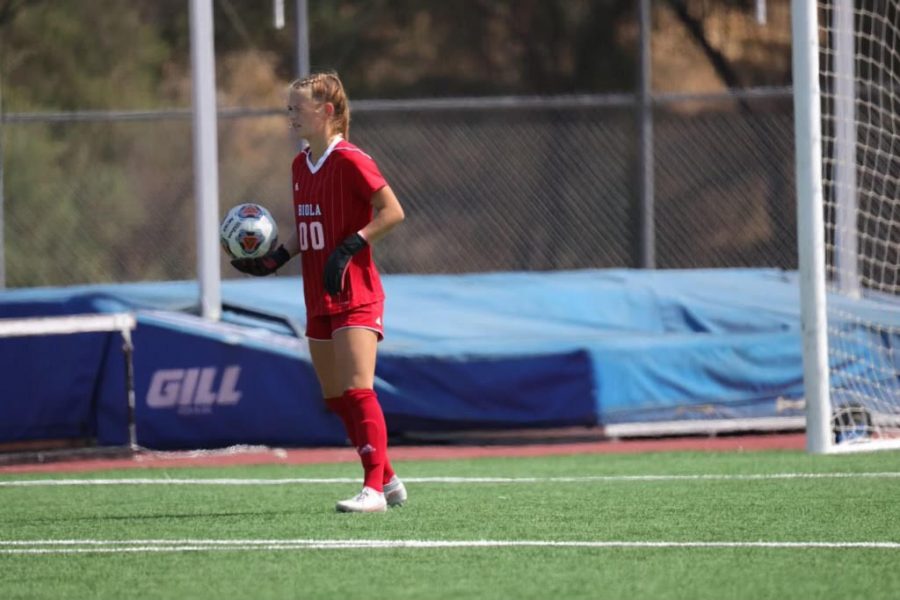 Women’s soccer headed to San Marcos, California to face off against the Cal State San Marcos Cougars. The Eagles managed to make one goal but it was not enough as they took their second loss of the season, 2-1. Despite the loss, Biola maintained possession for a majority of the first half with seven saves and six corner kicks.
COUGARS CONQUER THE EAGLES
Biola attempted three shots on goal in the first 15 minutes of the first period. Redshirt freshman goalkeeper Anna Boyer managed three saves in the first period. At the 30-minute mark, redshirt sophomore forward Christine Maranville scored the first goal of the game, assisted by redshirt midfielder Halie Jamir.

The Cougars led the second period, leaving the Eagles in the dust. At 59 minutes, San Marcos tied the game, 1-1. Biola responded with two shots on goal in an attempt to increase their score and take the lead. The attempt failed as the Cougars scored once again and won the game, 2-1.