An environmental perspective on recent wildfires 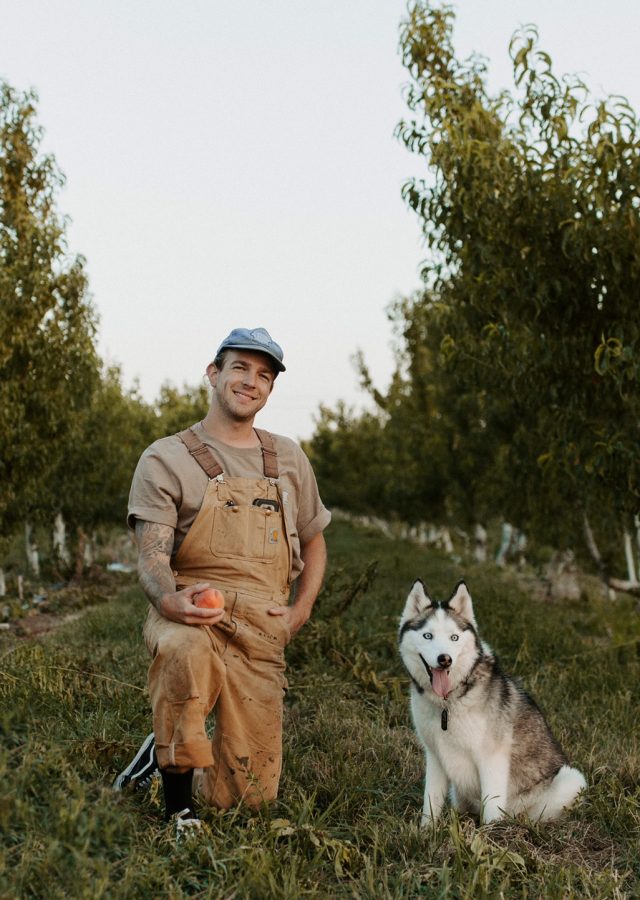 Growing up with a vast love of nature and respect for God’s creation formed Biola environmental science professor Brendon Anthony into who he is today. As a Southern California native, Anthony became passionate about the ocean at a young age. Determined to pursue a career in marine biology, Anthony began working at the Aquarium of the Pacific in Long Beach during high school.

As a Biola student, Anthony co-founded Harvest Craft, a non-profit organization based out of Haiti that empowers communities through sustainable change. Anthony explained that Biolans should be aware of environmental issues in response to the most recent wildfires in California. He encourages students to combine their passion for theology and nature.
What does it mean to be a good steward of our planet?
Brendon Anthony: There is so much to it—but I think it would just be enjoying God’s creation. It can look like trying to reduce environmental impact or doing sustainable missions. When [we] think about stewardship, so often we think of stewardship as preserving and protecting, not interacting. But I do not think that is what God wants us to do. He has given it to us to steward. I believe stewardship means enjoyment, pleasure and worship. When you interact with God’s creation, it’s a general revelation. When you interact with it, you grow fond of it, you grow to love it and you want to take care of it. Through that, you experience God and his creation. I think that is ultimately what it means to be a steward— to worship him through interaction with his creation. Through that, you are going to want to take care of it because you value it.
What are some causes of wildfires and how can we help prevent more burns in California?
Brendon Anthony: Being in California, the wildfires are the most significant climate change disaster—it has become more prevalent. Precipitation is less frequent, while drought and lightning strikes are more frequent. All those things combined lead to ignition. You have a lot of dead trees from the lack of water. The fuel load is higher and the ignition is higher because you have more lightning and tropical storms coming into the Northern hemisphere. This summer alone is the hottest summer recorded— even in early June, rivers dried up and drought came. So when things spark, the fires become huge and severe. Another part is forest management. The lack of indigenous management that was happening in these forests happened for thousands of years. They would do small fires, that we’ve started to do now, to control it. Without it, there are more wildfires.

Brendon Anthony: So basically it is twofold: a lot of dead trees with big fuel loads and lack of proper forest management. There is so much brush or dead material that can burn and act as kindling that can ignite the trees and lead to these massive fires.

Brendon Anthony: Some practical solutions for people who go camping and want to play a part in reducing the wildfire threat would be to minimize ignition. When off-roading, stay on paved roads and be very careful to avoid sparks. If you are having a fire while camping, be careful to put it out or bring a propane stove instead.
What are some of the best ways Biolans can help in the aftermath of a natural disaster, local wildfires specifically?
Brendon Anthony: Supporting firefighters and their families is crucial. Many organizations are geared toward helping firefighters have home-cooked meals or food for them or their families. These organizations help the firefighters who are actually doing the hard work of putting out the fires. Some of my friends last year would visit fire stations and drop off water bottles, give them a hug and just support them during the wildfires. Also, supporting land conservation and land management organizations. As a general rule of thumb, I would work with small nonprofits who are local. They have relationships in the community. These are the people who are going to be the most effective. When you donate to big organizations, so often the donation goes to overhead costs. They might have a presence in the country but it may not be steeped in a deep relationship where the best know how to spend the money and who to empower with that money.
Any practical tips to protect the environment?
Brendon Anthony: Eat locally and eat less meat! When you eat local, you reduce the carbon footprint of the food traveling to you, which is 1,500 miles on average. Then, eating less meat. Beef especially has a larger nitrogen water carbon footprint than any other meat source combined, unless it is grass fed and finished. I also like to stay away from seafood, because there are high levels of toxins and plastics in the water. The way fish are caught is very excessive. The oceans are being overfished which is hard to regulate because of international waters.
What are some of the biggest environmental threats facing us today?
Brendon Anthony: Climate change—it is such a wide term. There is a lot embedded in what climate change is. There are extreme weather events, ocean acidification, global warming, sea levels rising and the ice caps melting. All these things are interconnected and as a result there is biodiversity loss and loss of ecosystem function. I think it is the biggest environmental threat of our generation. The Interpanel of Climate Change just released their report last month which outlines everything that has happened over the last 10 years in climate science.
Any last thoughts to encourage the Biola community?
Brendon Anthony: I would encourage Biola students to think holistically about the issues facing our planet. It is easy to have the emotional heartstring pulled for social issues—but understand that several social issues, such as slavery and sex trafficking, are often stemmed from environmental issues. Having a more holistic perspective on the planet can help tailor the ministry and work we want to do as ambassadors of Christ.