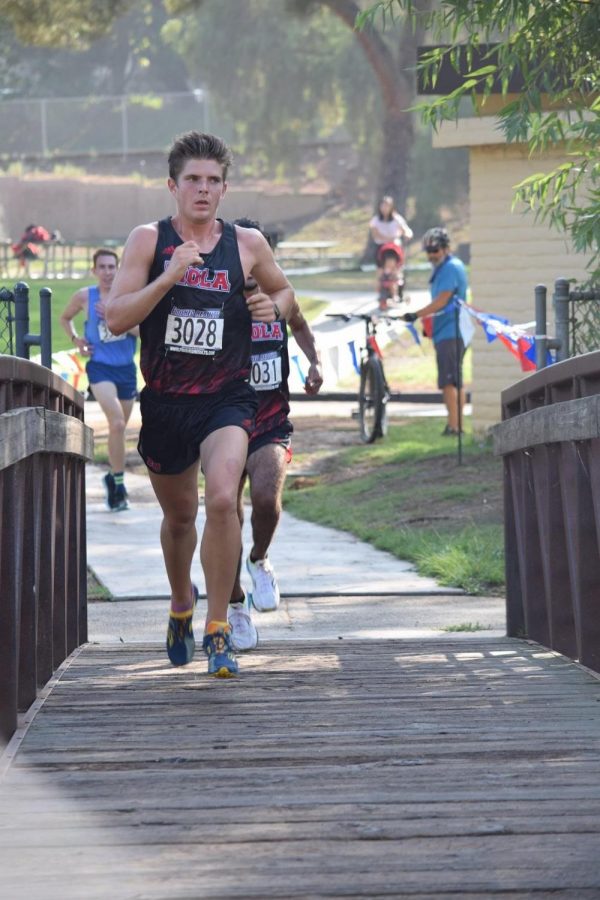 Biola’s cross country teams opened their season with the Biola Invitational. The races took place at Craig Regional Park in Fullerton, California. Men began at 8 a.m. and took first place by three seconds over second-place Cal State University San Marcos and third-place Azusa Pacific University. The women took second in the team race, falling behind to San Marcos.
A SUCCESSFUL START
The men had a team finish of 2:06:46. The Eagles were led by junior Brady DeHaven who came in fifth place as an individual with a time of 25:04.2. Following in eighth place was junior Jarred Donnel who had a finishing time of 25:14.1.

As a team, women had a finishing time of 1:33:55. The top runner for women’s individuals was freshman Lynette Ruiz who finished at 17:56.4. Following in 11th place was freshman Britta Holmberg who finished the race at 18:31.2.

Men and women’s cross country will head to Santa Clarita, California for the Master’s Invitational on Saturday, Sept. 25. Stats from today’s race are located on Biola Athletics’ Website.