The Eagles were dominated by the Wildcats, 3-1. 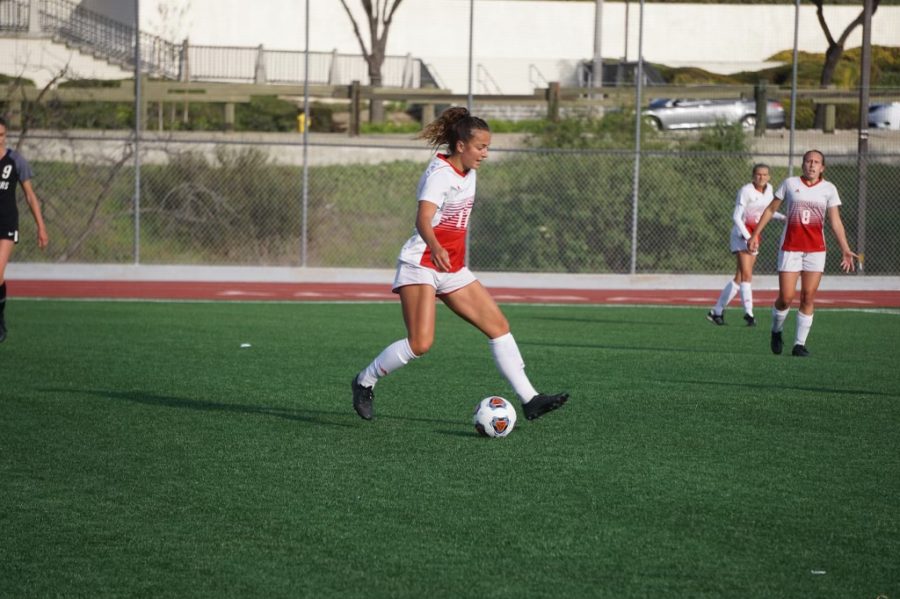 Biola women’s soccer competed in its second game of the season against the Chico State University Wildcats. The Eagles went into Monday morning’s matchup confident and ready to add another win to their standing. Unfortunately, Chico State overpowered Biola in the second period, to win overall. Despite the loss, the Eagles managed to score one goal out of four attempted shots.
SECOND PERIOD SADNESS
The beginning of the match was quiet until about the 10-minute mark when redshirt sophomore Christine Maranville was yellow carded. The Eagles broke the silence as redshirt freshman forward Abby Chavez headed a goal assisted by freshman midfielder Serena Andrade. The Wildcats followed with a goal of their own, leaving the teams tied at the end of the first period.

The second period became more competitive with shots attempted from both teams. It was a fight against the clock to pull ahead. The Wildcats were able to tip the scoreboard with two goals. The Eagles were unable to gain another goal, losing the game, 3-1.