Volleyball sets off the season

The Eagles head to Alaska for their season opener. 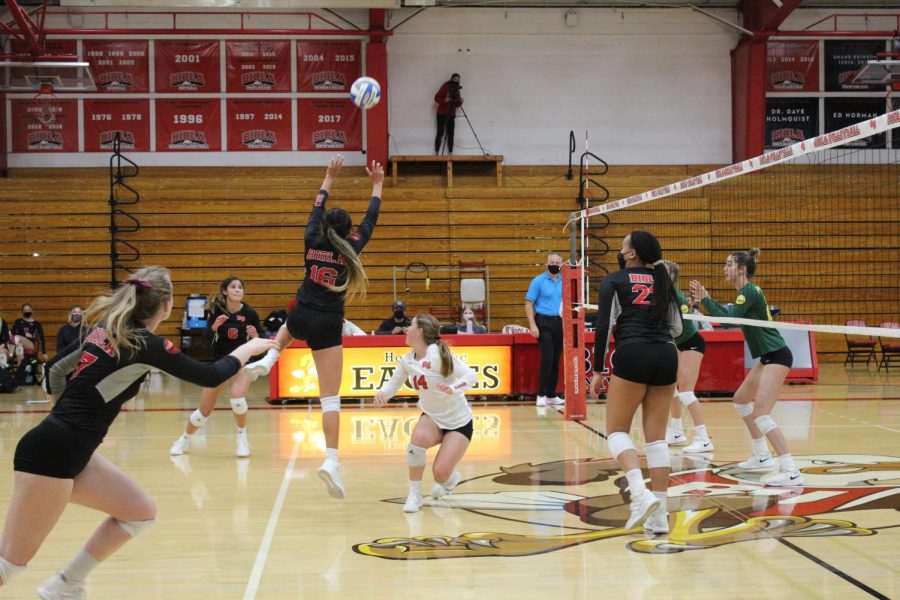 Volleyball started their season in Anchorage, Alaska at the UAA Invitational. Biola competed against University of Alaska Anchorage, University of Alaska Fairbanks, Texas A&M International and University of Indianapolis. The Eagles unfortunately lost to the UAA Seawolves on day one, 2-3. Despite the initial defeat, Biola was able to win their second and third match of the competition, leaving their overall standing, 2-2.
DAY ONE DEFEAT
Biola started the season strong against the Seawolves by winning their first set 25-22 and the second set 26-24. The Eagles put up a good fight but ultimately lost the match overall, 2-3. At the top of the stat sheet for this matchup were redshirt sophomores outside hitter Madison Beebe, middle blocker Raegan Tjepkema and outside hitter Emily Smith. Beebe had a total of 17 kills and contributed 20.5 points for the Eagles. Tjepkema had 13 kills and gained 16 points, while Smith had 10 kills and gained 11 points for the team.
KILLING FOR A COMEBACK
The Eagles used their loss on day one as motivation to bounce back on day two and three. On Friday night Biola played the Alaska Fairbanks Nanooks and annihilated their opponents. Biola made the first three points in the first set and continued to increase the point gap, leaving the Nanooks in the dust. Although they lost the second set, the Eagles recovered and won the match, 3-1.

Volleyball started a win streak on Saturday morning when they defeated the Texas A&M Dust Devils, 3-1. Similar to the Nanooks matchup, the Eagles won the first set, lost the second set but came back to win it all in the last two sets. The leaders of this game were Beebe, redshirt sophomores setter Abby Brewster and middle blocker Abigail Copeland. Beebe contributed 24.5 points for the Eagles, while Brewster and Copeland both gained 11 points against the Dust Devils.
LAST MATCH LETDOWN
Volleyball could not continue their winning streak against the University of Indianapolis Greyhounds. The first set of the match was encouraging as the Eagles won 25-20. The Eagles scored five points to start the second set, leaving the Greyhounds unable to catch up the entire round. It looked promising until the Greyhounds defeated the Eagles in the last three sets, ultimately leaving the Eagles with a loss, 1-3.

Volleyball (2-2) will go against Seattle Pacific University in Seattle, Wash. on Sept. 9 at 7 p.m. The livestream will be available on the Biola Athletics website.