The Eagles defeat the Warriors, 1-0. 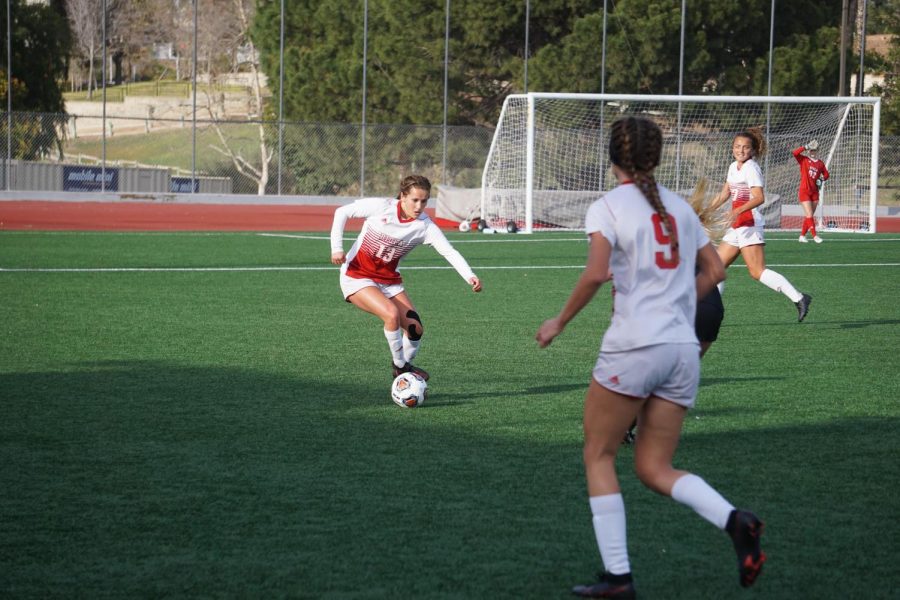 Biola women’s soccer opened up its season with a win against Stanislaus State Warriors, 1-0. The Eagles used last week’s exhibition game against Claremont-Mudd-Scripps as motivation to keep up the energy in order to gain another victory.
SECOND HALF SAVE
The Eagles kept the field even against the Warriors for a majority of the game. Biola made several attempts to score in the first half but were unsuccessful. Redshirt freshman goalkeeper Anna Boyer hustled into this afternoon’s game, finishing with seven saves.

The women continued going head-to-head in the second half. With only 10 minutes left in the game and the score tied for zero, it looked hopeless. Just when the Eagles were ready to finish the game, redshirt junior forward Sarah Freed scored the one and only goal of the game, resulting in triumph for Biola, 1-0.

Women’s soccer (1-0) will return to Al Barbour Field on Sept. 6 at 11 a.m. against Chico State University. Footage from today’s game is located on Biola Athletics’ website.