Two Biola students experienced a different kind of isolation while quarantining on campus. 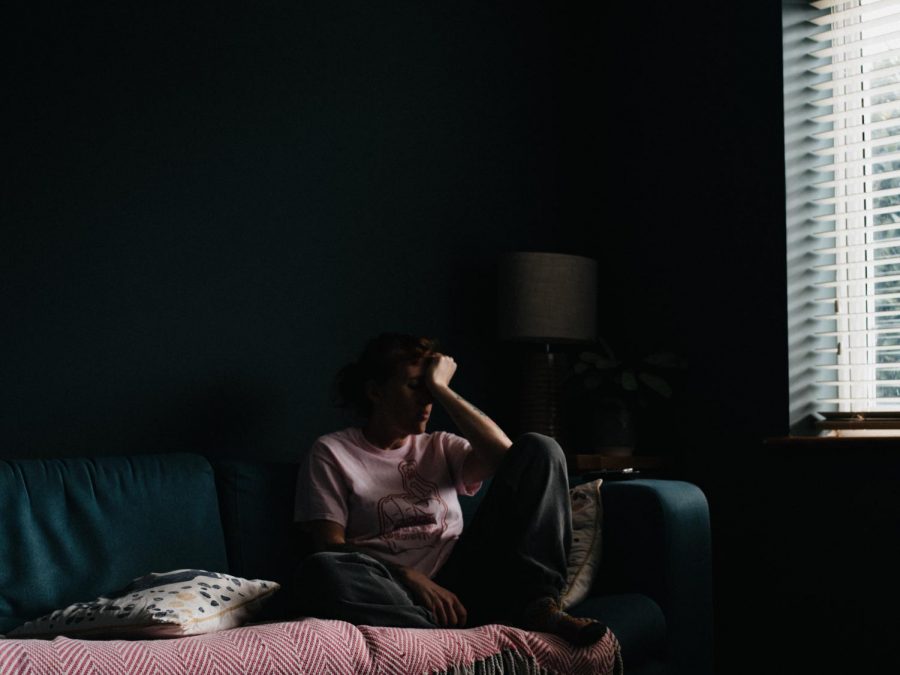 Photo by Annie Spratt on Unsplash

In early December, President Barry Corey announced that some students would be welcomed back to campus for the Spring of 2021. Students were made aware that to do so, taking biweekly COVID-19 tests and following the Centers for Disease Control and Prevention guidelines would be mandatory.
EAGLES MIGRATE BACK
In Corey’s announcements and emails regarding the reopening of Biola’s campus, students were made aware of several guidelines they would have to follow in order to live on campus. Each student is required to take biweekly COVID-19 tests, wear a mask, stay 6 feet apart and if they were to have close contact with someone on campus who had tested positive, they would need to quarantine.

“Students and employees identified as close contacts of someone positive with COVID-19 are placed in quarantine for 10 days,” Dean of Community Life & Title IX Coordinator Sandy Hough said. “These persons are identified through a detailed contact tracing process.”

The arrival was divided in three phases, which allowed students to safely return to campus.

Students who moved to campus during these phases were asked to take a COVID-19 test and isolate in their dorm rooms upon arrival. While the test was processed students waited for an email from the health center, many eager to begin their coronavirus-free time on campus.

Freshman English major Karly Pridemore awaited anxiously for her results. After a few days, she explained that she received an email which said her results were inconclusive.

“I was not prepared for it at all. And, I would say I’m a very cautious person when it comes to COVID. I have family that’s high risk. So I make a genuine effort to abide by the rules, wear my mask, be cautious about, you know, who’s in my circle, and who isn’t in my circle, things like that,” Pridemore said.

She immediately called the health center to clarify her situation and was told she had the option to get another COVID-19 test. The test came back positive and Pridemore was told to expect a call from housing about her quarantine situation.

The freshman sat in her room unsure of what to do while waiting for a call from housing. Pridemore explained that she had planned to go use the restroom and shower after receiving her results, but due to the nature of her situation she was not sure she was allowed to.

“[Pridemore’s Resident Advisor] had texted the Resident Director of Blackstone and the RD was like, ‘if you shower, we have to know exactly what shower you use, because the bathroom will probably have to get shut down to be cleaned,’ ” Pridemore said.

Between receiving the inconclusive results around 9 a.m. and a call with instructions from housing at 4:30 p.m., Pridemore did not use the bathroom. While Pridemore explained she ultimately could have used the dorm facilities, her concern about COVID-19 and lack of communication kept her in her room.

Similarly, freshman cinema and media arts major Emma Sealls was shocked when she was told to isolate after arriving in Phase 3.

“I was like, ‘oh, OK,’ but I was so overwhelmed…they sent me an email of a packing list, and everything, but I was so just stressed that I didn’t read it. So I just put all my stuff together as much as I could carry, and then head over to Sigma [Hall] and hunker down in there,” Sealls said.
MISCOMMUNICATIONS WITHIN ISOLATION
While preparing to be quarantined, students are usually met with an email explaining the process, a packing list and contact information. Director of Resident Life and Housing Natalie Berger explained in an email that students receive phone numbers to contact if anything happens.

“There is someone on call 24/7. That’s usually myself, my administrative assistant or a specifically trained Graduate Assistant. We provide that information in both the email and through the support website,” the email read.

Pridemore and Sealls both left their dorms in a hurry and would soon find out what they packed was not necessarily what they needed. Pridemore, unlike Sealls, asked for more packing details over the phone to make sure she had everything she needed.

“I was asking them, and they mentioned that I should just pack as I was going on vacation,” Pridemore said. “So just take things like toiletries, you know, clothes, pajamas, like all the things that I would normally need if I was going to be gone. And then I didn’t need to pack any extra bedding. Because I repeatedly asked, ‘Do I need to pack bedding?’ They told me no.”

When Pridemore arrived in her room, she noted that the sheets she had received were thin and did not keep her warm at night.

“So I think my room was probably like 63 to 65 degrees consistently. And it got really cold,” Pridemore said. “And all I had was a little thin blanket for my bed that I could use interchangeably around my room.”

After she had finished making her bed, she came to realize that Biola had also not given her a pillow.

“I ended up having to use one of my sweatshirts as a pillow, which was obviously not comfortable. And just, it was kind of a nuisance,” Pridemore said. “Like I just wish I had known what was expected of me to bring so that I could have been better prepared.”
25 HOURS WITH NO FOOD
Sealls, on the other hand, struggled to get her meals. According to Sealls, after filling out her meal form, all her meals showed up at the same time during her time of isolation. She explained that the first batch came all in the afternoon, and the second day they all came during lunch time.

Hough explained in an email that breakfast and lunch are delivered together for those students in isolation. However, because Sealls did not have a fridge or microwave, the food went bad over time.

“I didn’t have a fridge, so I didn’t have anything to eat for like, a day, like 25 hours, I think. But yeah, that was kind of weird just being stuck,” Sealls said.

Berger explained that if her team is advised of students struggling to get their meals, they are quick to address the issue.

“If a situation occurs where a student receives incorrect meals, Biola supplies the student with food as soon as we become aware of the issue, apologize, and refund the student for all meals lost,” Berger wrote. “A staff member would also personally communicate with the student on the issue.”

Sealls added that she communicated with a RA she knew about the issue.

“My RA from last semester brought me food, and they credited me back the money that the meals were for my flex dollars. So that was nice,” Sealls said.
REACHING OUT
Both Sealls and Pridemore relied on their community to get through their time of isolation.

“[It was] really helpful for me to talk to my family. It was my brother and my dad’s and my sister’s birthday all during that time,” Sealls said. “It was helpful to talk to people on the phone because then I didn’t feel alone at all.

Pridemore kept in contact with her friends and her RA each day.

“A girl in my hall called me every morning to make sure I was doing okay. And my RA texted me frequently. So I felt very surrounded,” Pridemore said. “So I think just making sure that they remember, like, they remember that they can be surrounded, even when they’re physically not surrounded.”

Despite the lonely quarantine, the students still hold their community in their hearts. Sealls explained that she would love to continue living in the dorms and experiencing the campus community.

“I wish I was staying for the summer. In all honesty, I really love it here. I really like the dorms, living in the dorms, even though it’s not how it typically is,” Sealls said. “I will miss being here. Thankfully, getting to come back in August so that’s exciting.”