A lack of abortion regulations normalizes a disregard for human life

Quality healthcare for low-income families does not need to be linked to access to abortion facilities. 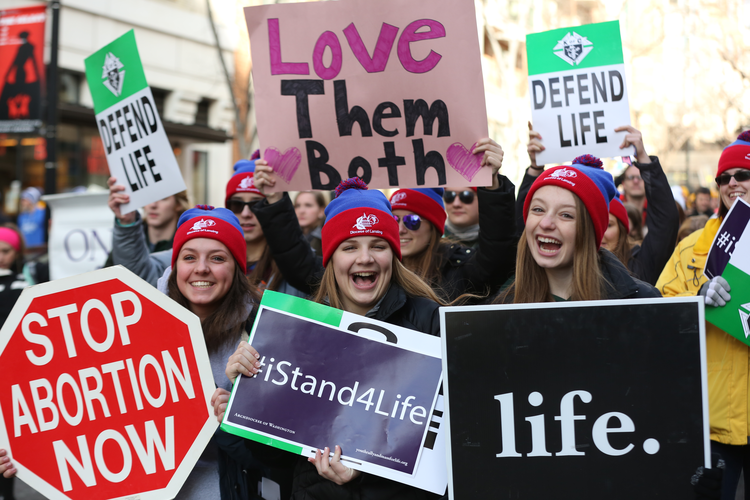 The Biden administration is undoing abortion regulations recently put in place by the Trump administration. Although pro-choice activists argue that these regulations stop low-income women from receiving adequate healthcare, greater access to abortion clinics will only normalize devaluing human life.

The Trump administration had previously banned healthcare clinics from referring women to abortion facilities and required healthcare clinics to maintain separate finances from those same facilities. Clinic staff were still permitted to discuss the option of abortion with clients, but it was no longer required. Planned Parenthood, which serves about 40% of all federal family planning programs through its affiliates, then decided to leave the federal family program rather than abide by the Trump administration’s new rule.

The Hyde Amendment already prohibits federal funds from covering abortion unless the pregnancy is the result of rape, incest, or if the woman’s life is put in danger as a result of the pregnancy. Although some argue that the Trump administration’s regulations would stop low-income women from receiving adequate healthcare, those regulations were intended to separate family healthcare from abortion facilities.

ABORTION AND POVERTY IS A VICIOUS CYCLE

Abortion rates have already significantly declined in recent years, but experts note that the U.S. birthrate is also declining, which implies that less women are becoming pregnant. Even so, officials believe that Trump’s regulations may have resulted in about 180,000 unplanned pregnancies. Abortion rights activists attribute this increase to a lack of access—and therefore a lack of choice—for low-income woman to have abortions.

Low-income women naturally have the least access to healthcare and abortions, and are most affected by abortion regulations. They are also arguably most affected by the choice to not abort, as abortions are often chosen as a result of difficult financial situations. In a 2005 study, 73% of women undergoing an abortion attributed their choice to the inability to afford to raise a child.
WE SHOULD NOT BE NORMALIZING ABORTION
Limited access to abortion does not mean no access at all. Abortion clinics are not out of commission and the law holds that they are available to those who have been raped or women who are being put in danger from their pregnancy. By preventing healthcare clinics from requiring to propose abortion, women looking to abort their child have more time to consider the effects and options of an unplanned pregnancy. They may take another moment to consider adoption, which can be a blessing to all parties involved.

While the Trump administration attempted to reduce the number of abortions, the Biden administration is reversing their work, and in doing so, is normalizing our culture’s disregard for the sanctity of human life. Recently, lawmakers legalized mailing the abortion pill to people’s homes, which allows women to have an abortion without going to a doctor’s office. Pro-choice activists will likely seek that for the future of abortions. Ease and comfort should not be the goal of such a weighty action. Regulations enable abortion to be considered carefully, and the more access women have to abortion, the less thought that will be given to going through with it.
STUDIES SHOW ABORTION IS GENERALLY PREFERRED TO ADOPTION
Research indicates that a mother-to-be’s choice is primarily between parenting and abortion, and adoption is not a popular option. If denied an abortion, it is more likely that the woman will keep their child than give them up for adoption. Many women expressed concern at “closed adoptions” because they may no longer have contact with their child. A Guttmacher study also found that one third of the woman denied an abortion considered adoption, but concluded that it was “a morally unconscionable option because giving one’s child away is wrong.”

“By the time they are delivering the child, women feel bonded to their pregnancies and their children,” said Gretchen Sisson, a sociologist at the Advancing New Standards in Reproductive Health research group of the University of California at San Francisco.

This attitude reflects the innate and undeniable mother-child bond God created. The argument that an unborn fetus is not a living, breathing human being only holds up when we deny the bond that mothers feel toward their children prior to birth. It is ridiculous to eliminate a child’s chance at life without a moral quandary, and yet, question the ethics of giving a child away. A chance at life—even with a parent that is not their own—is better than taking their life away from them.